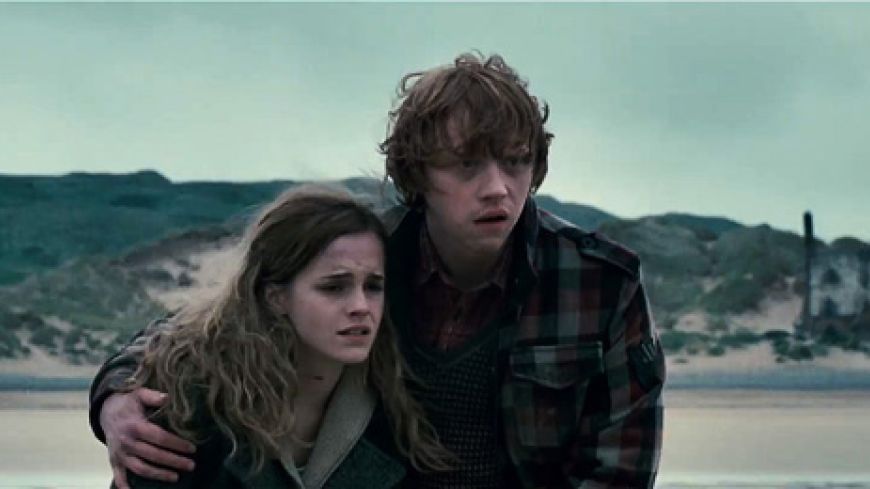 What’s more surprising - that Hogwarts doesn’t appear once in this film or that I’ve posted a late online review of a critic-proof blockbuster that I felt compelled to write in order to redress the mainstream press’ cool indifference to the latest instalment of the unstoppable Potter juggernaut?

It seems to me that for once there’s been a general oversight from the eyes and pens of many a well-known hack. For Harry Potter and the Deathly Hallows Part 1 is not only the best film in the series, it’s quite simply a very good film.

It’s all the more pleasant a surprise after the relative disappointment of the previous instalment which in hindsight might also have benefited from dividing the equally weighty tome of Rowling’s source material into two parts.

Some might scoff at the idea Warner Brothers aren’t simply cashing in one extra time before it's all over, but ‘episode six’ shows what happens when you squash a four hour epic into a safe bet. For all its technical brilliance it seemed a muddle of disconnected sequences that was hard to make sense of.

Expecting more of the same I found myself taking a long and protracted double-take as the latest instalment unspooled.

I was gripped from the start as the tale of the search for the Horcrux (pieces of Voldermort’s soul) continued. I started to think ‘hang on - this is great’ and I stayed thinking it. There were even a few ‘wow’ moments sprinkled in for good measure.

It’s become a cliché since The Prisoner of Azkaban to say that the books and the films were getting darker and more grown-up but for once the label applies. This really is darker, scarier, more sombre and grown up. The series has finally ripened, having been made and delivered as a piece of cinema in its own right, not just another link in the chain.

It’s so grown up however that this one might not be suitable for young children. I jumped half out of my seat along with the rest of a screaming crowd during an encounter with a vicious snake and some folks had their hands over their eyes when Ron Weasley gets first aid for a seriously mutilated arm. These may well be enjoyable fantasies but essentially, this one’s a horror film for the under 18’s.

Here the generation of fans that started out the same age as our initially diminutive heroes have been rewarded for their continued commitment, seeing the iconic trio transform into young adults at the same time as themselves. They can gradually relate to the increasing inner turmoil that is the reality of being teenage along with the growing awareness year by year that the world, whether it be that of Muggles, Halfbloods and Wizards or the real one, is at the best of times pretty unpleasant.

So perhaps more than ever it must now seem to these fans that Potter and his allies persevering as outstanding role models confronting terrible realities rather than being mopey selfish brats is an necessity to indulge in rather than just a nice idea.

The Deathly Hallows has real pacing and narrative flow and feels epic at times (aided and abetted by some tremendous locations) and significantly we have genuine, sympathetic and well observed character development delivered by the principals who have been given room to breathe and flex their personalities.

The holy trinity of Radcliffe, Watson and Grint have never been better; the acting is restrained, subtle and assured. Whilst the good-natured interplay and humorous banter is still part of their shtick, there’s also an air of regret, fear and world-weariness in their performances that lift the film. No doubt this is in part due to their growing experience and confidence as actors but perhaps also from the exhausting process of making eight films back to back whilst going through similar rites of passage as their on screen counterparts.

Although it may seem like just another Harry Potter film, this one has a poetic ambience throughout that’s only been hinted at previously. There’s a couple of lovely slow quiet stretches; one set on a moor at sunset, another in a forest under grey skies where not very much happens at all. Harry, Ron and Hermione sit around frustrated, often silent, brooding or troubled, unsure of themselves, a bit like reality. And there’s a touching scene in which Harry encourages Hermione to dance, unsuccessfully trying to mask the sadness they’re both holding onto.

There’s also a nice moment by the grave of Harry’s parents where he almost says something to Hermione but holds back. It seems he has no energy or real need to say it. It’s a nice piece of direction and these little touches all add up. I felt I was seeing real people in real situations as well as fantasy hero’s in extraordinary situations and the balance elevated the experience.

The production design, photography and visual effects are up to their usual high standard and there are enjoyable turns from new characters played by Rhys Ifans and Peter Mullan along with the usual culprits. But the unexpected highlight of the whole experience is a quite stunning and elegant piece of animation. Narrated by Watson, the sequence portrays the three mythical Hallows striking a deal with Death revealing objects being sought by Voldemort in his quest to become invincible.

It’s depicted both in two dimensional, almost cardboard cut-out sillhouettes interacting with three dimensional computer graphics all seen through a hazy monochromatic light. It reminded me slightly of Nosferatu and The Cabinet of Dr Caligari. If there were another James Bond film, the producers would do well to hire the team behind it to reinvigorate their title sequences.

Potter has finally come of age in an elegant epic with a touch of class about it that makes the wait for the finale all the more mouth watering.