Film of the Week: True Grit 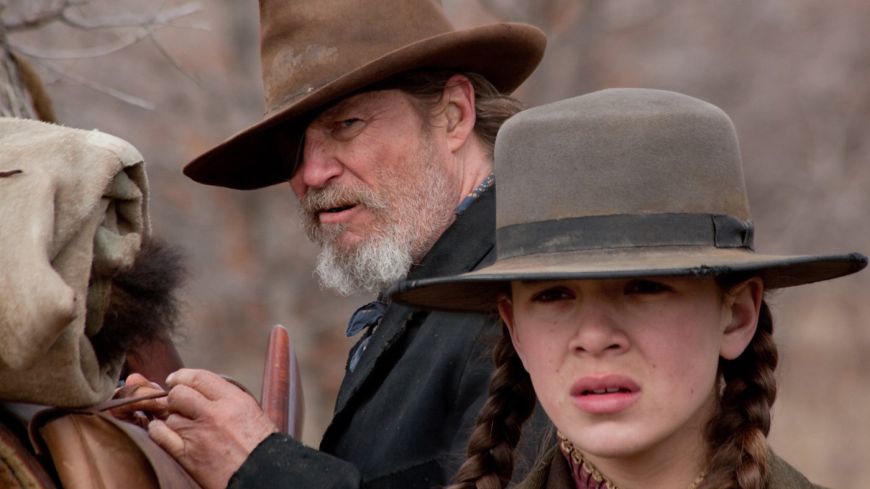 I had a brief discussion with a couple of friends shortly after seeing this and posed the question: are the Coen brothers massively overrated geeks or are they bona fide geniuses? I was torn between the possibilities after being both deeply impressed and substantially taken aback by this latest opus.

My colleagues looked at me with a mixture of disbelief and proffered in unison without equivocation that yes, the Coen’s were geniuses, if not the foremost, most original film makers of contemporary cinema. I offered The Ladykillers, Intolerable Cruelty and Burn After Reading as proof that if anything, they had slipped a bit. ‘Yes but what about the other ten masterpieces?’ they replied.  And that was the end of that discussion.

Their remake of True Grit might well qualify as another masterpiece and even to their surprise I imagine it’s been a huge hit across the pond.

There are probably multiple reasons for this. It is for one a very handsomely mounted production and the Coen’s have a strong and loyal following. It helps too that Jeff Bridges is man of the moment after an Oscar winning turn in Crazy Heart and is still current in a less lauded performance as a digital sage in Tron Legacy, playing a character that’s part The Dude from the Coen’s quirky cult The Big Lebowski. After a spectacular escape from an exploding nightclub, Bridges utters the immortal line ‘You’re messing with my Zen thing man’ as if he was still trapped in the Lebowski universe.

Well the Coen’s have trapped him in their world once more and his Zen thing definitely gets messed up with a performance that’s part John Wayne and part Jeff Bridges. Unlike the original where Wayne was the big star playing the iconic drunken Marshall, here Bridges version of Rooster Cogburn is upstaged by a precocious and unsettling performance from newcomer Hailee Steinfeld as Mattie Ross who hires him to track down her father’s killer. In the original, the role played by Kim Darby was the central character as it is here but in this version the light shines on her rather than Cogburn.

What’s unexpected about the Coen’s update is that it is almost entirely identical to the original, almost a facsimile, right down to some of the dialogue which is surprising considering the Coen's claim not to have seen the original for decades, instead basing the screenplay on the Charles Portis novel. Even Matt Damon’s LaBoeuf looks like Glen Campbell in the original.

There are subtle and minor differences along the way but where the films really diverge is in the last fifteen minutes. In the original, the job gets done and the girl gets to live happily ever after. Here the Coens have added a layer of realism with a melancholic coda that leaves one, not exactly cold, but wondering about the impermanence of all things and the transient nature of relationships.

The remake’s power comes from its unusual pacing peppered with the directors’ trademark oddities and brief bursts of stylish choreography and it's beautifully shot with a subtle and elegant score. But its Hailee Steinfeld's performance of a girl aged 14 going on 40 with her forthright manner and matter of fact dialogue delivered with bucketloads of world weary self righteousness that captivates the viewer from start to finish.

One notable aspect of both versions striking chords with audiences fed up with decades of cowboy clichés is that all of the characters behave as if they were real people in a bit of a muddle rather than caricatures of good and bad. There’s unexpected civility, compassion and kindness on display by the villains whereas our sympathetic heroes are prone to a bit of cold hearted brutality should the need serve their interests. Characters pursue and confront each other with polite but gruff warnings and then express mild regret for having to mow down anyone in the way.

For these reasons it reminded me a little of Eastwood’s Unforgiven, one of the first western’s to dispel the notion that killing folks was a noble pastime, reminding us that both the fear of dying and the reality of it is just no fun at all. Some of Unforgiven's ideas and power seems to have bled into this one.

True Grit then displays that old adage that the whole is greater than the sum of its parts and its probably heresy to suggest that this is a better version than the original, but I think it is. It’s a strangely beautiful, compelling and absurd film that probably shouldn’t work but does so in spite of itself.