Film of the Week: Source Code 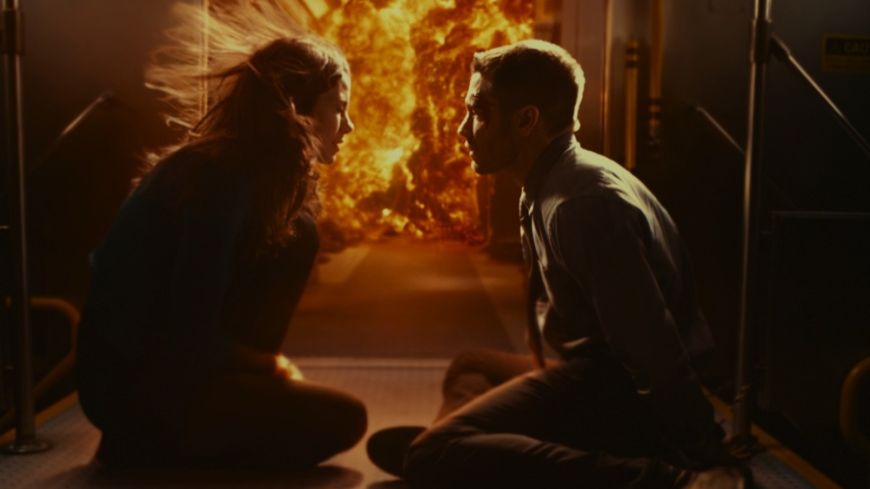 As I write this I’m thinking: ‘how on earth can I review this film without giving away key plot points or revealing its myriad array of twists and turns?’ I went to this film knowing its basic premise, deliberately avoided reading reviews like this and therein lies a separate issue – wouldn’t it be nice to just turn up at a cinema having simply been told ‘it's really good, you should check it out’. Unfortunately, I’m not paid to write just one sentence so here goes, doing my best not to divulge too much….

Jake Gylenahall is perfectly cast (his best role since Donnie Darko and Brokeback Mountain) as Colter Stevens, an ex-army veteran who’s recently completed a tour of duty in Afghanistan. He now finds himself on home shores, assigned to a secretive, state-of-the-art research project in which his consciousness can be transplanted into another’s mind in order to glean information vital to national security.

A bomb has exploded on a Chicago bound commuter train and the perpetrator has declared his intent to detonate a second. ‘Luckily’, an apparent quirk exists in nature in which the electromagnetic field of a human brain leaves traces in the quantum field. Therefore, in this movie at any rate, it’s possible to invade this trace with human consciousness, but only in the eight minutes prior to the moment of physical death.

In what initially appears to be a scenario of repeated time travel, Colter's mind is transplanted into a compatible ‘subject’ aboard the train in order to find the bomber and identify him before the second attack. Eight minutes isn’t exactly a lot of time so he’s sent back again and again to glean a little bit more information on each trip by gradually eliminating suspects.

And that’s about as much as I can tell you without spoiling it. Think The Matrix meets Groundhog Day and know that what I’ve told you already isn’t really quite the truth of it either. What’s refreshing here is that it isn’t merely the outline I’ve given, it’s a neatly interwoven multi-layered idea working on several levels.

On the one hand there’s the mission to avert a tragedy, another is gradually making discoveries about the nature of his own existence and the reality behind both what his character and ourselves as the audience perceive. And it’s a human drama about how we interact with our fellow man.

What I enjoyed the most is it forces the viewer to think in real time alongside Colter and in trying to work out whodunit, I found myself continually plotting what I’d do next whilst always aware of the eight minute countdown.

Director Duncan Jones proves here that after his remarkable directorial debut Moon, which won the coveted Michael Powell Award at the EIFF in 2009, he’s no flash in the pan and one can see why he was attracted to this as both Moon and The Source Code are not entirely dissimilar in theme.

My only bone of contention is that the last ten minutes or so was a bit of a let-down. It satisfies on a certain level as it leaves one with an interesting idea to ponder but it felt like a studio executive had read the script and written in the margin: ‘this film’s pretty bleak, can we make the end a tad more upbeat’? Luckily however, the ending as it stands is not enough to detract from the rest of the experience, which is riveting from the word go.