Film of the Week: Cars 2 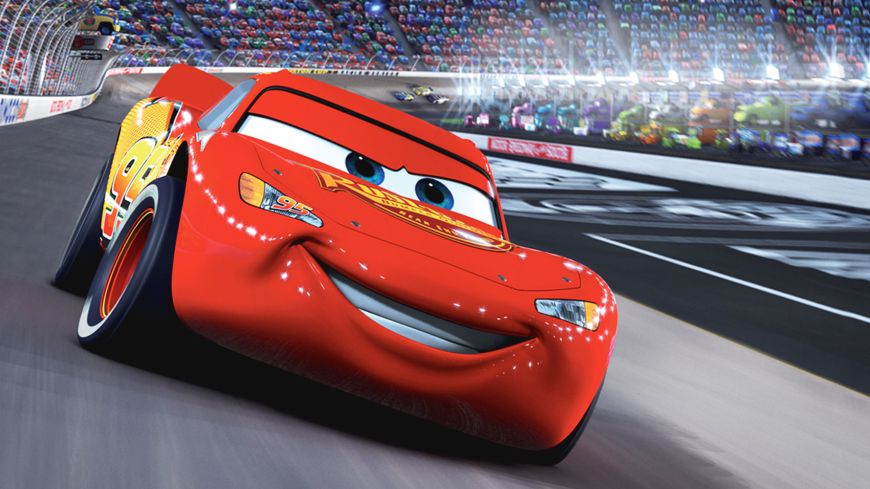 I have to confess, whilst I’ve always been a huge fan of Pixar, I was never a fan of the original Cars. I only watched the first half before switching it off, having become utterly bored and unimpressed, a rare low I felt for a Pixar production.

It’s perhaps also because unlike 90% of the male population of planet Earth, I have absolutely zero interest in cars. I think of them merely as transportation devices that happen to be noisy, polluting and perhaps ought not to exist.

I suspect a gene was experimentally removed from my DNA. It’s the only possible explanation. I can however tell a good-looking car from one that isn’t, identify a few makes here and there and I’ve occasionally noted that some are painted an attractive colour. That’s as far as my observations and interest extend.

I therefore came to this prejudiced. But I’m happy to say that despite my initial hatred for glorified child-killing machines with cute anthropomorphised features with shameless marketing potential, it eventually won me over, after a sluggish first half.

Indeed, it eventually impressed me greatly. I even laughed out loud several times.

It’s the continuing adventures of Lightning McQueen, the bright red sports car from Radiator Springs and his best friend Tow Mater, a country bumpkin hick of a truck. The mismatched duo find themselves sucked into a corporate and globe-trotting conspiracy to discredit the evolution of eco-friendly vehicles. Ooh, topical.

It’s basically a James Bond film. In fact, it pays such close homage to Fleming’s world with so many reverential in-jokes, innuendos, exotic locations, zany gadgets and stunt-filled set pieces that I thought if it had been done with live action it might have been better than some of that franchises poorer examples.

All that was missing was the title sequence, the theme tune and a bit of nasty violence, although come to think of it – a car does get tortured and killed by the bad guys, a scene that raised a Roger Moore-ish eyebrow on my scalp and made me wonder ‘who’s this U certificate film really aimed at?’ More on that point in a moment.

Thanks to Tow Mater’s misguided loyalty and blundering, McQueen gets entered into the World Grand Prix motoring race run by the environmental pioneer Axelrod (voiced by Eddie Izzard), who sponsors a series of slick Formula One-esque entrants with his new biofuel ‘allinoil’.

But dark forces are at work to make sure the public perceives it as an unworkable substance, ultimately leading to the exploitation of a new undersea oil field (ooh even more topical).

And so as McQueen and Mater prepare for the three races in Tokyo, Italy and London, they accidentally get sucked into a British Intelligence led operation to foil the conspiracy, testing their friendship to the limit.

Despite a few early scenes of rather odd and rambling dialogue that served no purpose it is on the whole a sophisticated and witty script in a fast paced, multi-layered story roping in the MI6-ish agent Finn McMissile (Michael Caine) and his glamorous Bond girl, er I mean assistant Holly Shiftwell (Emily Mortimer).

Between them they infiltrate and foil the plans of the Blofeld-esque villain and take on the mafia, arrogant racing drivers, Japanese cuisine, Sumo wrestling and even save the Royal Family from an explosive demise.

What makes it all work so well is the running gag throughout that Tow Mater is mistaken by British Intelligence for a US agent whose demeanour as a rusty and incompetent tow truck is simply a genius deep undercover disguise. I couldn’t help but giggle when Mater is stuck in a Japanese toilet trying to work out how to use it while outside the booth the real agent he’s mistaken for is in mid battle.

There’s also a great gag about what happens if you go into a British pub and spill a man’s pint. Which brings me back to the point I raised earlier. Whilst young kids will enjoy the action and some slapstick gags, the vast bulk of this is for mums and dads. There’s nothing unsuitable in it, I just think if you’re under 12 years of age, you’re not going to get any of the jokes or the post-modern references to various espionage thrillers from which it borrows liberally.

Finally, see this one in 3D. I didn’t say that about my last review but this one was made in 3D. This is up there with Toy Story 3 and How to Train Your Dragon for a quality immersive experience. Whilst I find brightly pastel coloured cars rather gaudy, the overall design and detail throughout is superb and there were a few moments where I felt my stomach lurch just a little. It’s all thoroughly enjoyable.