Film of the Week: Submarine 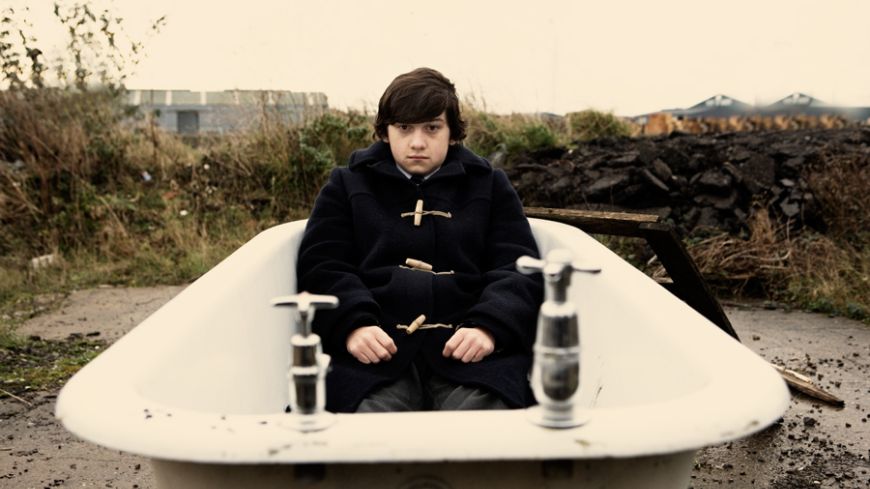 This is an utterly delightful, frequently hilarious, and charming piece of nostalgia that proves to be an auspicious debut from director Richard Ayoade, better known from TV’s "The IT Crowd". It’s a visual and aural treat, beautifully shot and bordering on parody of the nouvelle vague and thoroughly reminiscent of the kind of fashionable imagery decking the pages of 90’s fashion mag The Face.

It also has a sparkling script based on the novel by Joe Dunthorne and terrific performances from the entire cast. It’s a classic coming-of-age and rites of passage tale concerned with fifteen-year-old Oliver Tate’s first fumblings with teenage love going head to head with his attempts to restore his parent’s relationship.

Newcomer Craig Roberts as Tate gives a nicely understated performance conveying the confusion and awkwardness of a self-conscious young adult who thinks he feels and knows it all.

Playing it straight with the occasional knowing sideways glance, he reminded me of Ringo Starr’s blank faced but brilliantly Keaton-esque turn in Richard Lester’s A Hard Days Night. I was also struck by the production design in that, although the film’s period is late 70’s, it feels like it could be set in the 50’s as its rural Welsh town setting hasn’t fully caught up with the trappings of ‘modern’ times.

And whilst there’s not a particularly strong narrative and though at times it doesn’t always quite hang together, it's filled with many inventive touches and nicely observed details so every time it threatens to flag it suddenly picks up with a lovingly constructed sequence designed to pleasantly wash over us and renew our interest in the characters' dilemmas.

The characters are both very real and very knowingly theatrical. Noah Taylor is wonderful as the terribly shy but very decent father struggling with unemployment and depression. He may or may not be drifting apart from his wife, the equally brilliant Sally Hawkins who according to Oliver is engaging in a dubious affair with neighbour Graham (Paddy Considine), a misguided but well meaning ‘psychic’ who’s turned his work van into a mystical love disco.

The bulk of the film is Oliver's developing relationship with classmate Jordana (Yasmin Paige) whose naturalistic performance stands out and in my mind is a doppelganger for a young Minnie Driver. Both Roberts and Paige beautifully convey teenagers’ warped attempts to make things happen, usually with psychological warfare and blackmail leading to an awkward but believable relationship.

Although the film is chiefly a comedy, it’s occasionally very touching. There’s an early scene in which Oliver bonds with his girlfriend to be as both of them bully a classmate in a local wood near the school. The scene is tempered with the requisite humanity as we realise that Oliver isn’t all bad, feeling guilt for humiliating what turns out to be the first girl he ever kissed. Later in the story there’s a moving moment when he asks his father what depression feels like and we discover the title refers to the submerged pain and desires that all of us carry around.

Ayoade and his team clearly have a thorough and loving knowledge of film history: the whole film is a self-referential post-modern piss take of iconic cinematic conventions yet manages to create its own identity and individual stamp. Low budget it is, but it’s not a problem here for every ounce of visual potential is milked from each scene.

It’s not quite the runaway piece of genius it occasionally hints at being but Submarine is a conspicuously good waste of two hours. If you’re an awkward teenager in love then it will ring many bells. Equally so, if you’re a parent trying your best to get by without being a total embarrassment to your offspring then it will certainly cut the mustard. Craig Roberts is clearly a star in the making and Ayoade is a directing talent to keep an eye on.