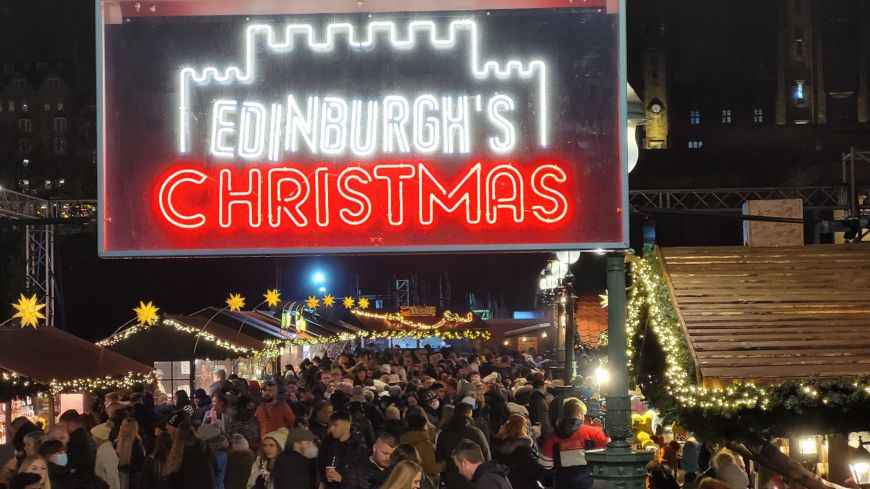 Edinburgh’s official Christmas festival programme has been rescued, it was announced yesterday, although previous plans to expand the event to other locations in the Old Town have been shelved this year.

Edinburgh City Council revealed that the company which had been given the job of organising Edinburgh’s Christmas in mid-June, requested to terminate and withdraw from its contract at the end of last month. The Council said that "it became apparent that they were unable to deliver on the terms of the contract".

Angels Event Experience Ltd (AEE) had won the contract out of five tenderers, with a bid that was worth an estimated £5,473,500 rent to the Council over five years. AAE organise London's Winter Wonderland event in Hyde Park at Christmas.

The Christmas Market was due to expand from East Princes Street Gardens to Castle Street, Parliament Square, the Royal Mile, and Grassmarket, while addressing criticisms of the market under previous Winter Festivals' organiser Underbelly.

Today, it was announced that the group behind this year’s Edinburgh’s Hogmanay festival, UniqueAssembly, will deliver this year’s Christmas festival. UniqueAssembly is a partnership between Unique Events (who were the Hogmanay organisers in the inaugural 1992/93 festival) and theatre and Fringe company Assembly Festival.

The revised Edinburgh’s Christmas 2022 plans will retain the core festive attractions including the Christmas Market, Big Wheel, and funfair attractions in the upper area of East Princes Street Gardens and on the Mound.

The Christmas ice rink, introduced last year on George Street, will return with new street lighting and projections on the street. The festival will also link up with the illuminated, charity installation, Festival of Kindness, in St Andrew Square.

Santa Land and the Christmas Tree Maze are due to return to West Princes Street Garden, along with Winter Windows. This year will also see free festive events and shows for families at the Ross Bandstand, such as the traditional Nativity Carol Concert and Santa Run.

The contract has been awarded for one year, with the option of a one-year extension, should pre-agreed performance measures be met. The decision was taken at a special meeting of the Council’s Finance and Resources committee.

AEE’s limited involvement in the operation of the Christmas Market, as a subcontractor to UniqueAssembly, will allow for celebrations to go ahead this year, while ensuring the 70 stallholders and local businesses who had been expecting to trade can still do so.

More details and timings of the programme will be announced in the coming weeks.

“We will, of course, conduct a full review into why this happened but our absolute priority is to ensure that we provide high-quality festive celebrations for the city – and that these should be delivered in the spirit of the feedback received in our consultation with residents, businesses and stakeholders.”

“There’s no questioning the popularity of our Winter Festivals or the benefits they bring to the Capital – the enjoyment and wellbeing of our residents, but also the economic impact for our businesses and the city as a whole.”

“Crucially, the new plans will deliver on the key elements of our public consultation, including reduced use of green spaces, more accessible and family-friendly attractions, greater use of local traders and a more even spread around the city centre.”

A review of the contract and procurement process will take place and be brought to Councillors in the New Year.