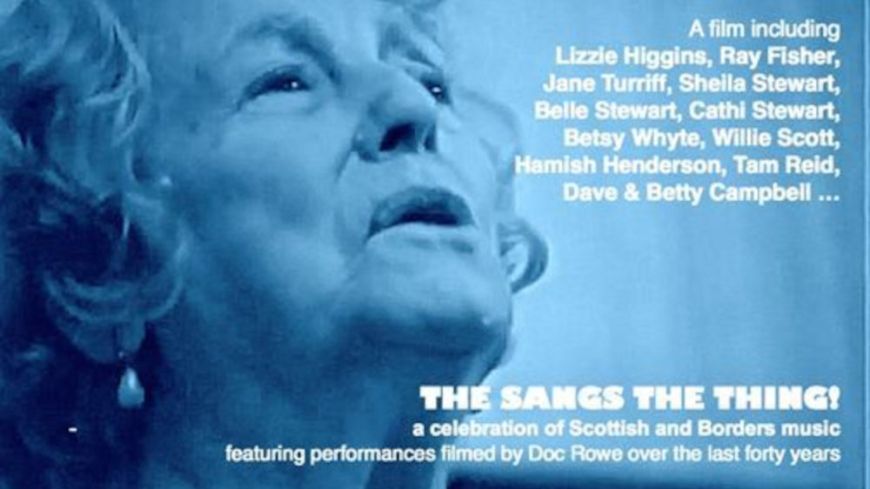 The Edinburgh Filmhouse is well known as being a base for the Edinburgh International Film Festival, but it’s also the host venue for a number of genre and specialty film festivals throughout the year.

From activist film festival Take One Action to blood and gore with Dead by Dawn Film Festival there’s always another film festival around the corner.

Some of these have been on hold due to the pandemic, but they are gradually coming back, including the Folk Film Gathering 2022 which is on now at the Filmhouse cinema (17 June to 1 July).

The Folk Film Gathering, launched in 2015, is hybrid in the traditional sense, before hybrid meant participating remotely (although it does offer that as well). It bills itself as “The World’s first festival of folk cinema screening films that celebrate the lived experiences of communities worldwide”.

Festival events combine both watching together a film and in-person performance or activity by way of exploring the relationship between cinema and other traditional arts (such as oral storytelling and folk song).

For example, this evening’s show “Film Ceilidh: Selkie Stories”, explores how filmmakers have brought folklore of the seal people, “selkies”, to the big screen. The event will include a filmed traditional selkie story from the highland sennachie George Macpherson, a romantic new interpretation of Hebridean selkie tales in Mara: the Seal Wife, and the Scottish premiere of Hanna Tuuliki’s new film Seals’kin. The films will be introduced with live selkie tales from Donald Smith.

Songs of the Open Road, Pat Collins’ lyrical documentary explores the life of Irish traveller musician Thomas McCarthy, keeper of more than 1200 of Ireland’s oldest songs, whilst Dark Horse on the Wind toasts the life and songs of ballad singer Liam Weldon. The Songs of the Open Road screening will be introduced with a mini-concert from the Scots traveller singer-storyteller, Jess Smith and Dark Horse on the Wind will be preceded by a mini-concert from Irish musician Cathal McConnell (24 / 25 June, Filmhouse)

Stories from Scotland’s Coalfield Communities in Lockdown from Films of Action, a community filmmaking project founded upon the belief that Scotland’s former coalmining areas – in which 10 per cent of the population live – have many inspiring stories to tell.

When the pandemic hit in March 2020, it highlighted both the inequalities that remain long after the mines closed and how resilient coalfield communities are, quickly self-organising to support residents who are vulnerable or in need.

Filmmakers Anne Milne and Shona Thomson worked with the Coalfields Regeneration Trust and Regional Screen Scotland to share big screen stories of lockdown told in people’s own voices. The event will screen a selection of the films and welcome the real on-screen stars for a discussion on the  action needed to support thriving communities. (29 June, Scottish Storytelling Centre)

The festival closes with a rare screening of Doc Rowe’s newly-edited documentary The Sang’s The Thing, collecting performances of some of Scotland’s most notable singers, including Lizzie Higgins, Ray Fisher, Jane Turriff, the Stewarts of Blair, Willie Scott, Hamish Henderson, Tam Reid and Dave & Betty Campbell.

Drawn from Doc’s considerable archive of recordings taken over the past 40 years, the film offers a glimpse into the Scottish folk revival and is introduced with a short set of live music from Jimmy Hutchison. (1 July, Scottish Storytelling Centre)

Tickets to screenings at Edinburgh Filmhouse range from £5 - £10. Tickets for all events at the Scottish Storytelling Centre are pay-what-you-can.