Tickets for Free Film Fest on Forth Released 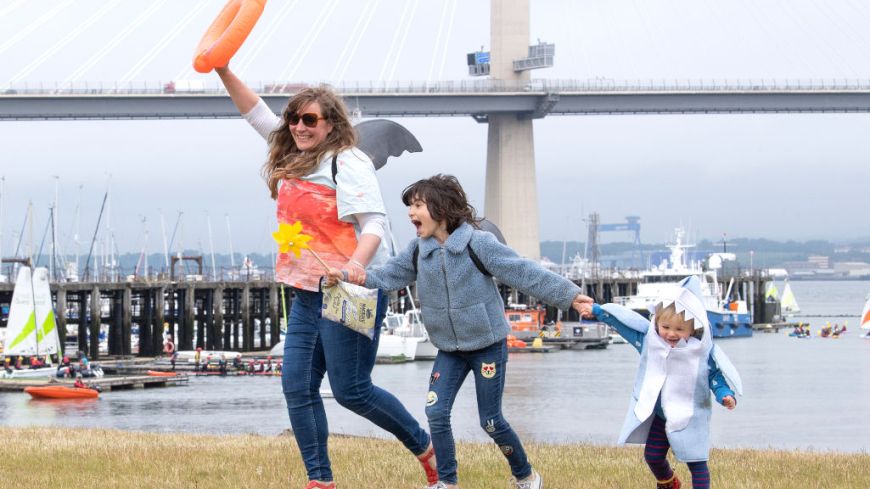 The Edinburgh International Film Festival has announced the programme for Film Fest on the Forth (tickets), its weekend of free outdoor screenings at Port Edgar Marina from 10am to 10pm on Saturday 31 July and Sunday 1 August 2021.

The film festival's is also running another free film series, Film Fest in the City, during the festival in St Andrew Square.

Located at South Queensferry, overlooking the three iconic Forth bridges. The weekend is supported by EventScotland as part of the Year of Coasts and Waters 20/21, a a programme of events and activities celebrating Scotland's coasts and waters.

The line-up is comprised of 8 family films (U, PG or 12A) with a maritime link.

The selected films are as follows:

The outdoor area which can accommodate up to 260 film fans.

You can get to Port Edgar Marina by train, bus, car, foot or boat. If you’re coming by boat contact the Marina office by phone or VHF before arrival to be allocated a berth.

Food and drink will be available from Marina tenants Scott’s restaurant and Down the Hatch as well as additional food and drink vendors coming in especially for the weekend, including EIFF’s Official Beer Partner Innis & Gunn, and Pizza Geeks and Poco Prosecco.

Between films audiences can visit other attractions on site such as activities on the water from Port Edgar Watersports and shopping at the Marina’s store, Beacon.