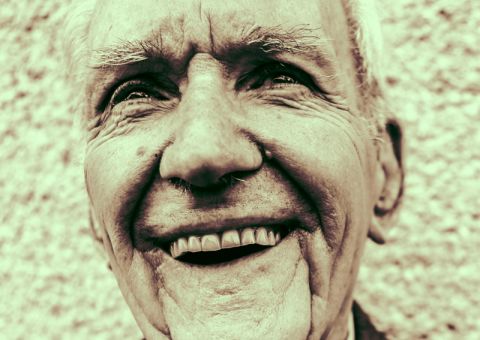 It’s a cliché, but from our first breaths to our last gasps, each second of our lives is a wager, sometimes against seemingly overwhelming odds, not all of which we beat.

Comedian Gary McNair’s one-person play is part memoir, part meditation yet for all that very much a celebration of his late grandfather – ‘cheat, liar and addict’ according to McNair, whose bet on England winning the 1966 World Cup enriched him considerably (at least, according to Archie).

McNair segues in and out of multiple characters in the telling of this tale, each of them sharply drawn and rich in Gorbals humour, but the abiding presence is McNair’s grandfather, the teller of tall tales, the butt of jokes from which he emerges, heroic stature undiminished, and inveterate gambler.

When life intervenes while he was making other plans, Grandfather Archie’s response is undeniably in character if more than a little Quixotic – faced with terminal cancer he bets his World Cup winning on surviving into the next millennium.

It’s in the space between diagnosis and ultimate demise that McNair’s play becomes something more than the sum of its parts. The affectionate portrait of a loved relative broadens to include all our human tribe and our baffled incomprehension at the fate that awaits us all.

It’s perhaps only once Epictetus’ faithful donkey, as he describes the human frame, has sat down in the middle of the road, pointing out that we are going nowhere, pal, that it becomes possible to understand what it is to die, and, if we’re lucky, to communicate what our experience has been to others. Which is what McNair seems to communicate to us – Archie’s ultimate legacy.

As rich in humanity and humour as yer Granny’s homemade black bun, this is a treat you ought not to miss.