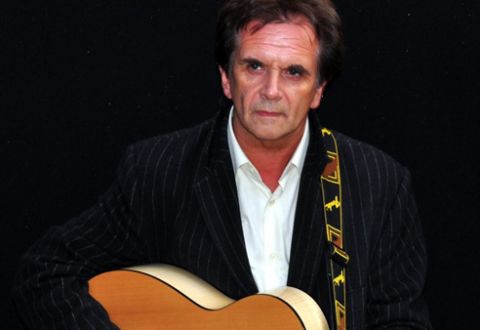 Much has happened since Donnie Munro ended his highly regarded role as Runrig front man but nothing has diminished the quality of his voice or eroded his ability.

A sell-out audience at the Assembly Rooms responded vociferously to a performance of old favourites from Runrig days intermixed with new songs.In addition, a highly personal anecdotal platform style created an almost intimate relationship between singer and listeners.

Starting with “Protect and Survive” every song had a message – of concern for ordinary people, the stubborn rigidity of authority and the precious value of personal relationships.

The sole Gaelic song, “Chi Min Geamradh”, hauntingly told of love and the despair of its rejection. “Mother Glasgow” was one of Donnie’s own songs and another, “Glasgow Joe”, was emotion-packed reality written for his terminally-ill brother-in-law, who merely said “That’s me”on hearing it.

One unusual feature of the concert was Maggie, backing Donnie with guitarist Dougie and delighting the hall with a foot-stamping Scots Fiddle solo.

The audience was also slightly unusual. The Fringe programme indicated that the show was intended for those over 14 but there several youngsters below that age in audience that included teenagers, young marrieds, the middle-aged -- and at least one nearing 90.