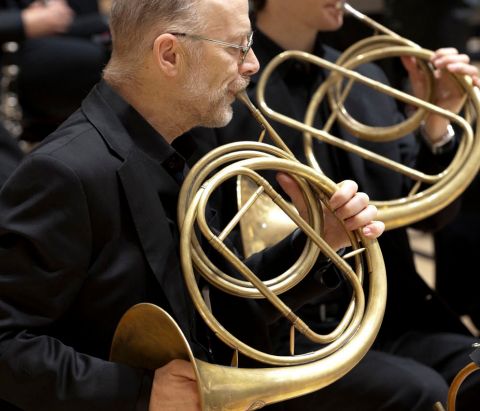 The theme of the Scottish Chamber Orchestra's concert at the Usher Hall was Shakespeare's play A Midsummer Night's Dream.

The first work on the programme was a six-song cycle - Les Nuits D'ete - by the French composer Berlioz who was an ardent fan of Shakespeare and the title of the song cycle alludes to the French title of a Midsummer Night's Dream. Originally scored for piano, Berlioz later adapted it for orchestral accompaniment, and the words used in the song cycle were written by the French poet Theophile Gautier.

Angelika Kirchschlager, the Austrian mezzo-soprano, was the soloist in this performance and her mellifluous tones were perfectly suited to this song-cycle, which is steeped in romanticism. Her expressive, powerful voice interpreted the words with such passion - particularly the song Sur les Lagunes [Ma belle amie est morte - My beautiful love is dead]. And the sensitive accompaniment by the strings, conducted by Roger Norrington, enhanced the tender moments in this beautiful song-cycle.

This was followed by Mendelssohn's A Midsummer Night's Dream - incidental music. The play was a favourite of Mendelssohn's and he wrote the overture when he was only seventeen years old but the 'incidental music', incorporating text and the famous 'wedding march', was not composed until sixteen years later, shortly before his death.

The scherzo follows the overture bridging the introduction to Puck's first appearance leading into the March of the Fairies. The first and second fairies were sung by Mary Bevan and Sophie Bevan whose voices were perfectly suited to one another and the National Youth Choir of Scotland National Girls Choir, under the leadership of Christopher Bell, sang the lullaby for Titania flawlessly.

Maureen Beattie and Jimmy Yuill were the actors whose sonorous voices resounded around the Usher Hall. And the highlight of the piece was the superlative playing of the Wedding March by the brass section.