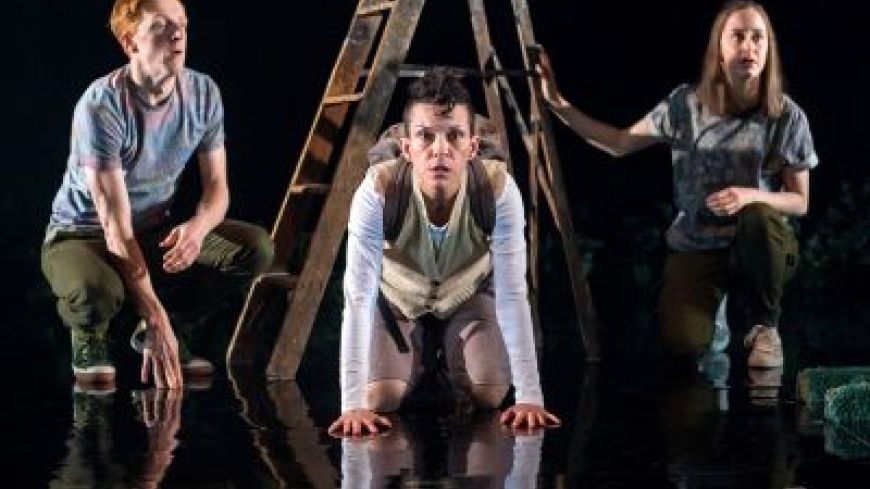 A heart warming and clever adaption of the well-know book, Rosalind Sydney has used the key elements of the original tale and updated for today’s modern world. What has evolved from this adaption is the rich inner life that comes from a child’s imagination, the power of nature, and he determination to survive by being part of the world.

The physicality of showing Mary’s journey as an orphan travelling over sea and land is particularly striking, with imaginative use of ladders, crates and space. The feeling of being blown here and there, on the wind and by nature is a strong allusion to the trials Mary has been through, experiencing death, journeys, a change of language and culture, going into the unknown. Itxaso Moreno is a wonderfully feisty, temperamental and brave Mary, at times a tomboy, but underneath a curious child who wants to adapt and live, to be. The joy she shows when disobeying adults is expressive, causing a ripple of knowing giggles in the audience.

Sarah Miele and Gavin Jon Wright make the most of the various roles they play: from adults in the household to the children in the garden, the humour is well pitched and engaging. Miele’s Colin is delightfully fearful and Wright’s Mrs Medlock manages to maintain the strictness of the character while allowing a chink of caring to peek through. Small changes and sharp choreography with the sparse set allow ease of movement between spaces and when the garden is brought alive, it is surprising how easy it is to imagine a full garden in bloom. The audience interaction is incredibly clever but simple and effective in the way that we all feel part of the growth that has ensued, both in the garden but also in the change within Mary.

The hour flies by and, judging by how little fidgeting there was in the audience, easily engages children of all ages. It is a touching version of the book and, while modernised, sticks to the heart of its meaning, bringing the story to a new generation – a delightful addition to the Red Bridge Arts canon.