The Cheviot, the Stag and the Black, Black Oil, Royal Lyceum, Review 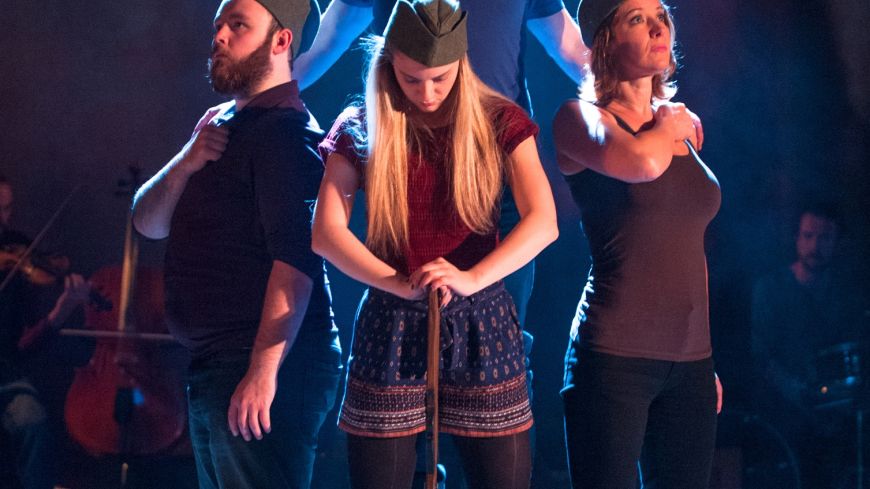 It is hardly exaggeration to suggest ‘The Cheviot, the Stag and the Black, Black Oil’ changed Scottish theatre, and indeed Scotland forever.

Few perhaps imagined at the time of its original touring production the effect it would have on the Scottish psyche. The test of a truly great play, however, is its ability to speak not merely to the time in which it is written, but whether it continues to engage audiences.

Dundee Rep’s new touring production certainly held the audience on the night seen. Some of those might well have been familiar with the original, but a good number were clearly coming to the work fresh, and engaged with it enthusiastically.

For ‘The Cheviot’ is that kind of show; conceived as a ‘ceilidh play’, McGrath’s script sinuously sews together the familiar and the challenging, the comedic and the tragic, entertainment with didacticism.

Loud and proud yet frequently heart-wrenching, its sweep as wide as any highland landscape, ‘The Cheviot’ nevertheless focuses on the iniquities and inequalities that have de-populated the highlands and rendered its resources ripe for plunder. The play allows the audience to take a hard look at the global as well as local implications of unfettered capitalism.

Offering opportunities to achieve ensemble acting of a high order, the cast rise to the challenge with unremitting vigour and conviction, whether in the play’s numerous musical moments or its more serious ones. Audience engagement is built into McGrath’s script, and this is managed effectively with no apparent effort; those familiar with pantomime may appreciate how difficult this can be to achieve.

Although the script had been sympathetically and unobtrusively up-dated, to the extent that even a brief appearance by a Donald Trump character produces only appropriate laughter, there are a few moments, particularly during the second act, where didactic alienation slows the action. Such moments are few, however, and we are left, as we rightly should be, to consider without undue prompting how little has changed since the play’s first outing in 1973, and how great a need remains for the issues it raises to be properly addressed.