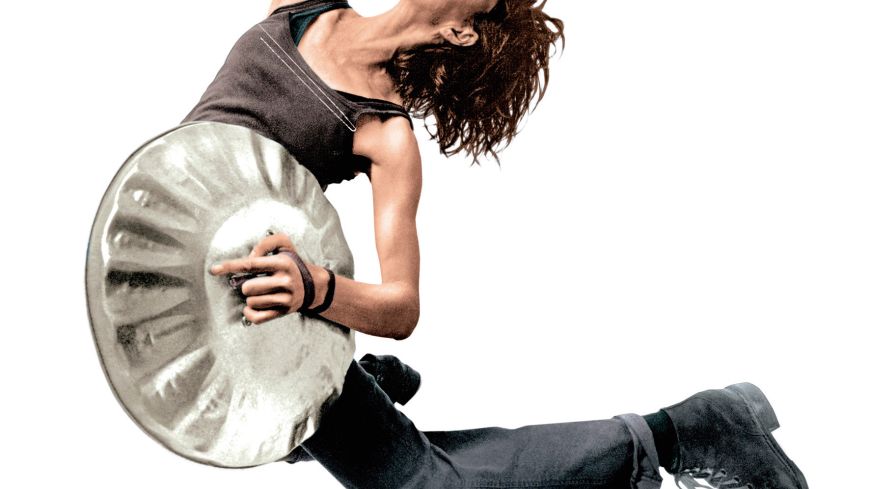 Although Brighton holds claim to the origins of this show in 1991, Stomp returned to a city that played an important part in its conception and birth.

The production started in the U.K. with development pieces at the Edinburgh Festival and in outdoor events such as ‘Beat the Clyde’ before evolving into this show which premiered here at The Assembly Rooms during the Fringe in 1991 where it won the Guardian’s Critic’s choice and the Daily Express Best of the Fringe Award.

Since then ‘Stomp’ has sold 14 million tickets across 43 countries: it has played for presidents and royalty and the brand of percussion, dance and visual comedy displayed in this latest production, inspired by their largescale Las Vegas version, provided this substantial first night audience with a unique theatrical experience.

Without the benefit of speech and other musical accompaniment, a few grunts and other nondescript noises and expressive faces is all that there is to support the rhythm, beat and stamping dance.

From a cast of twelve, eight performers use the imaginative set (reminiscent of ‘Cats’) and a whole host of everyday items, domestic and commercial to beat out these compelling pieces.

The show starts with brooms across the stage producing a sound equivalent to a light brush on cymbals and then uses newspapers, water coolers, oil drums, rubpipes and ladders to name a few pieces of equipment.

Just when you think that the show is getting repetitious, the cast introduce dustbins and their lids to create a finale worthy of the name. Using balletic fight movements this is a noisy and exhilarating end to what could never be described as a quiet show.

The encore involved the audience in an interactive ‘Duelling Banjo’ scenario which was greeted with whoops of delight by the audience.