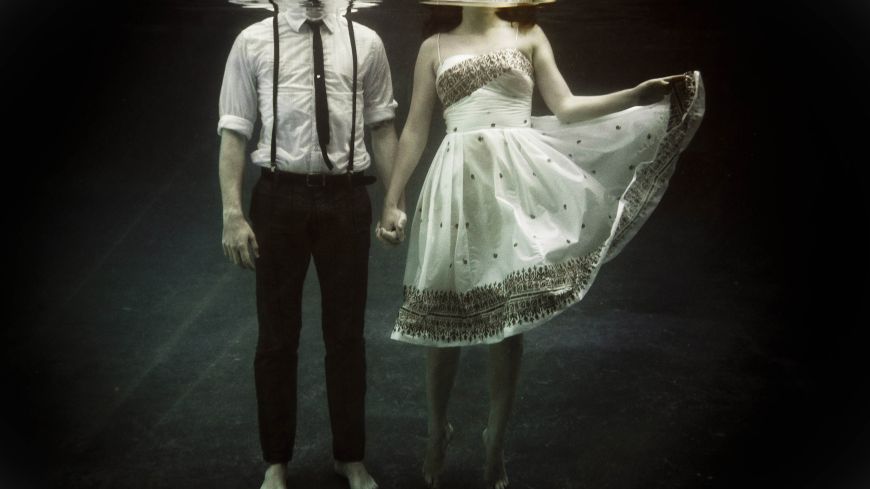 Curiosity may have killed the cat but it is a natural human trait to wonder about the lives of others and how they operate in their domestic setting. It’s quite another thing to cross their threshold and assume residency and intimacy. As the eponymous character played by Stephen Fry in the film Peter’s Friends said quoting Chesterton, “…a truly adventurous person wouldn’t cross the globe…he’d just jump over a neighbour’s fence…”

The opening scene of this funny and unsettling ménage à cinq takes place in the living room of an apartment where nothing seems to be out of place. The orderly domestic setting, where the only thing not in its place is a child’s squeaky toy, woos the viewer into believing they are about to witness a cosy drawing room drama. Nothing could be further from the truth.

The apartment is home to Ben (Sean Biggerstaff) and his wife Alice (Lindsey Campbell). Alice spends a lot of time tired and in her dressing gown with the sounds of a baby’s cries haunting her day while Ben spends long hours working as a doctor. When their neighbour Juliette (Maureen Beattie) from across the landing appears with a welcome gift of a plant, she manages to get her foot in the door and in no time her son Franҫois (Dyfan Dwyfor) and husband Giles (Guy Williams) are making themselves very much at home in indecently quick time – indecent being the operative word.

The exercise in disturbing calculation and manipulation that follows is confusing and strange but is so brilliantly executed and produced that while the play’s challenges don’t disappear, the piece holds intrigue to the end. Performances from the entire cast are superb but outstanding among them is Lindsey Campbell who brings a subtle vulnerability to her role as she acts out Alice’s life and fantasies. The brilliantly choreographed sex scene is testament of course to the skills of Campbell and Williams, who plays Giles the creepy academic with suave believability, but in no small measure to Michael Boyd’s direction. The stage is framed by rectangular light on three sides and lighting from Oliver Fenwick darkens to allow for the many scene changes whose drama is augmented by striking piano notes from David Paul Jones.

Order goes to chaos with lives shifting to new formations like the sliding plastic tiles on a word puzzle or the slick turns of a Rubik’s cube in this kind of Abigail’s Party for the 21st century. Right Now leaves you with the intriguing question of what’s real and what’s imagined or as the production image suggests, what lies beneath.

Right Now was originally written and performed in French as A Présent by Québécois actor and playwright Catherine-Anne Toupin, and presented by Théâtre de la Manufacture at Théâtre la Licorne, in Montréal. Its English language translation was first heard as a script-in-hand reading at the Traverse in November 2014 as part of New Writing from Québec.