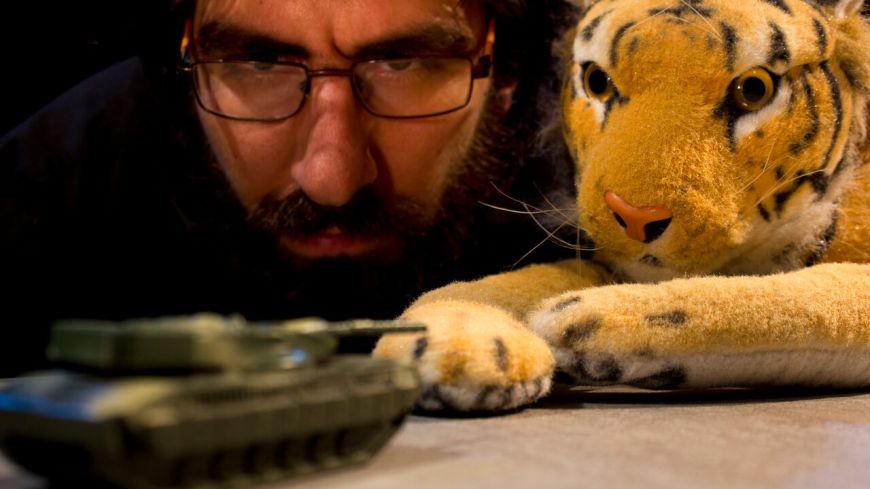 Attention soldiers - plastic, plush or otherwise - stand by your beds! War is upon us and it is down to Ariel Doron’s toy trunk platoon to fight for their country. As part of the 2018 Manipulate Festival, Doron is commander and chief of this child’s play puppetry parade.

Performed as small sketches with minimal need for throughline of plot or distinguishable sides, children’s toys - mostly miniature toy soldiers and their necessary vehicles, a plush tiger and a trio of battery operated, crawling army troops - form the cast of this table top drama. With barely and speech necessary, Plastic Heroes takes puppetry back to a universally familiar, yet perfected, art.

Not all moments are fuelled by the urgency of immeninant battle with many exploring the more mundane scenarios, such as witnessing what really happens on a watchman’s shift on the barricade - even they need a tea break! Where other playlets delve into the fantastical aspiration of soldiers who’d rather be on the front page rather than the front line.

Doron imagines a gripping play, staging the often somber realities of military life - the long distance phone calls, lonely evenings on lookout, punishment push-ups - utilising plastic figurines, originally intended for much younger and smaller hands. Effortlessly he incorporates moments of mirth into each skit, allowing you to really feel for the characters, all whilst maintaining an air of ingenuity in his visual choices.