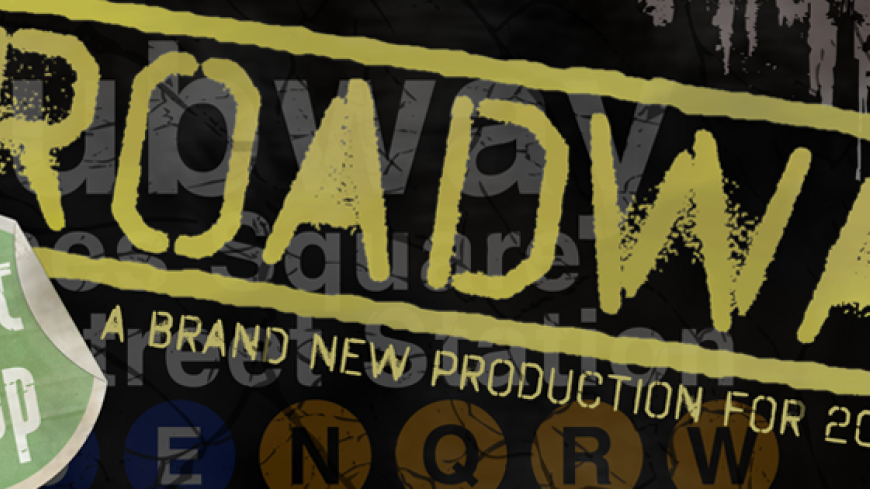 A-Team Productions have bravely sculpted a revue show, where an energetic cast of 36 teens, aged 11 to 18 years, step-ball-change their way through intercepting musical hits, tackling some incredibly intricate scores on their travels.

With a top secret song list, it is impossible to guess which iconic character will be encountered next.

Although rarely seen on Edinburgh’s amateur youth theatre circuit, the choice to stage a revue show offers the aspiring stars a greater opportunity to showcase their talents. Opting for the broadest theme of simply ‘Broadway’, director Sean Quinn was fortunate enough to have his pick of the litter with an unlimited range of avenues to explore.

In providing a diverse selection of songs to such a large cast who possess a plethora of varied experiences and vocal styles, Quinn allowed each youngster to excel throughout the course of the evening. Bustling tenuously from score to score, the overwhelming enthusiasm and gusto of the cast never dipped, ensuring the audiences spirits were almost as high as theirs.

Clearly a company awash with talent, each number was executed to a great standard however sound issues meant that unfortunately well performed moments were lost to overbearing backing tracks. Even with some opening night technical difficulties certain performances could not go unnoticed, such as company newcomer Naomi Anderson’s hearty rendition of Chess’s “Nobody’s Side”, Erin Bowden’s credibly emotive title song from Sister Act and the impeccably choreographed “Good Morning” from Singing in the Rain.

Embarking on a five show tour, over three venues, it was clear that stage space was to be as malleable as possible, providing lighting and video designer, Neil Smith, with the responsibility to create a multitude of stunningly colourful visuals to guide the cast on their way. What this production lacks in set is compensated for by the work of Costume Designer, Mairi Cross, who appeared to have the most arduous task of dressing characters from over 20 well-known tales. From school ties to sequin gowns, Cross had every base covered.

Equipped with a winning, yet classified, song list and a bus load of bright eyed stars, A-Team’s adventurous production is sure to have audiences loud and applauding for the remainder of their Broadway bound show.

Runs til 19th Feb in Edinburgh. Get tickets.