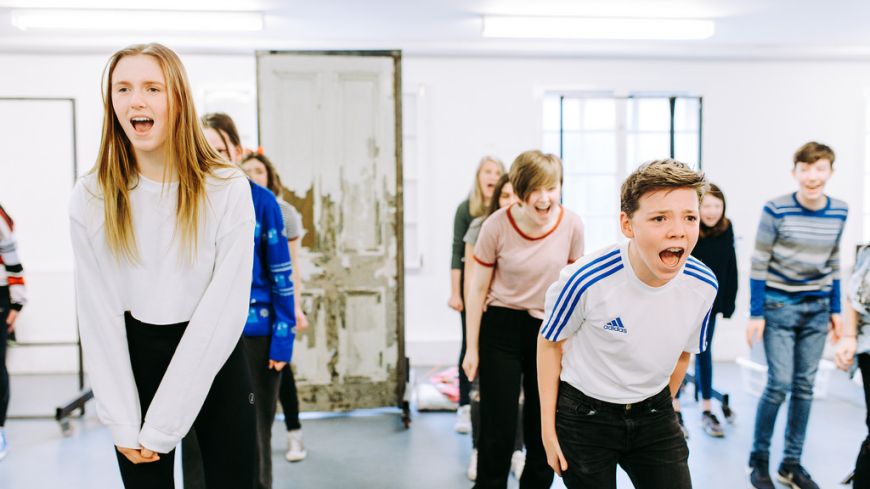 Careful - Mind Your Head. Or more importantly, mind theirs! Amidst the most vital change in an human’s life, the inner workings of the adolescent brain become unfathomable to both teen and parent alike. Until now. Lyceum Youth Theatre and Traverse Young Writers have teamed up to tackle the issue of young persons’ mental health - welcoming their audience into their ever changing minds to discover the complexities within.

Similar to their previous collaborations, the three day stay at the Traverse Theatre contains a headlining show, in this case the aptly named Brainstorm, as well as multiple pieces writer by the budding talent from the Traverse Young Writers and a second play from LYT called Mr Blue Sky

Amongst the five chosen pieces of writing were the fast paced Stressed by Isla Cowan. A piece both physically and mentally exerting for the four strong cast, examining how pivotal seemingly unimportant moments of their young lives can form such mind shattering anxieties. Followed by Rebecca Sweeney’s witty Throw Like A Girl that follows a group of girls as they attempt to navigate through the social mindfield of their school classroom - striving to make the move from nobody students to the prime desk real estate at the back of the classroom.

With the same gusto and eloquence that their previous productions Girls Like That and Eclipse held, LYT perform with a brutal yet earnest honesty about the changes happening within them. Formed through collaboration between playwright, neuroscientist and 20 strong cast of adolescents, Brainstorm offers a birds eye view of the inner workings of the grunting, disinterested teen proving that this phase is not their fault.

The cast perform unashamedly in front of their peers, and approach the opinions of their parents with an awe-inspiring maturity. From as young as eleven, these intellectual adults-in-the-making deconstruct their own emotions as well as the intentions of their parents nagging, explaining the scientific and social realities of growing up. It is the simple and often silent moments of direct address to their parents, many of whom are sitting a mere three rows back, apologising for hiding the cheese grater to shred their jeans or thanking them for always coming to see them, that steal the show.

Lyceum Youth Theatre and Traverse Young Writers have provided a programme of scripts and performances that offer teenagers an opportunity to say their piece - so stop nagging, get our of their room and for once, come and understand what is really going on in their heads!
Running until Saturday 10 March at Traverse Theatre