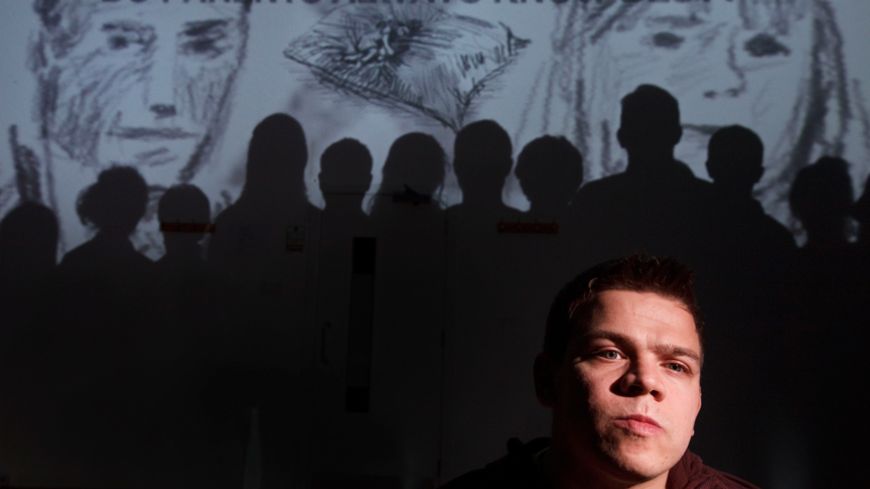 The National Theatre of Scotland aspire to challenge the notion of what theatre can achieve and with Girl X they push their audience further down the theatrical rabbit hole, challenging perceptions and ensuring a debate is started, but doesn’t come to fruition by the play's close.

Set in a place somewhere between human interaction and cyberspace anonymity, Robert Softley appears onstage with 16 chorus members representing a slice of the population and tells the true story of an 11-year-old girl who suffers from cerebral palsy. She has the mental capacity of a 5-month-old child and her parents make the decision to spare her the humiliation and confusion of adulthood by having her womb removed.

Adapted from impassioned deliberations on internet forums, Pol Heyvaert directs the piece with a cold starkness, beautifully depicted in Martin McNee’s oppressive, concrete underpass. The chorus appear onstage and explain to Softley that they are with the audience – us. So it’s Softley against everyone in a fervent debate about disability rights with many opinions offered, ranging from patronising compassion, indignation against the PC-ness of modern living and several amusing moments of laughter.

Softley sets up his stance when he continually asks the chorus to stop humming at moments of high emotion, effectively removing the sentimentality that could have brought this production and topic to its knees. By removing the manipulative choral melodies Softley is appealing not for sympathy but for empathy and challenging notions of how able bodied masses view those with disabilities.

The eyes of the cast are always on the audience, portraying different sentiments to topics of discussion; some become angry and resentful, others remain stoically still and quiet, while others go along with the majority, afraid to speak out in case they are ridiculed.

The diverse and conflicting viewpoints make for a politically thrilling production that avoids feeling like a lecture and sharply focuses the outcome on each individual audience member, who’ll be hard pressed to leave the beautifully realised yet complex production and not continue the debate further.