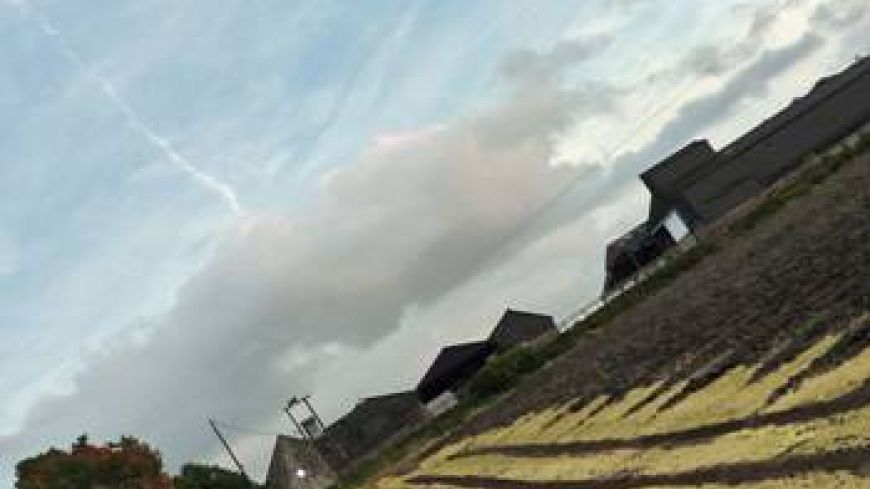 This latest production from Leith based theatre company, Siege Perilous, is the result of the company’s 2011 mentoring programme where writer John C. Gilmour took part and developed the work that was to become his first full length play, Farmhouse.

The company specialises in performing in unusual spaces and a room in Leith’s Malmaison Hotel has been its stage for the last three productions. It is an intimate space with limited seating, where the audience is pretty ‘up close and personal’ with the actors, not always a comfortable experience for either party but testament to the skill of director, Andy Corelli.

The story is of a young couple, Anthony (Joe Johnson) and a heavily pregnant Claire (Clare Ross), whose car breaks down at a remote farmhouse the owner of which, elderly widower Lachlan (Nick Cheales), offers help that comes with a strange bargain. The simple set on the makeshift stage is effective, tipping nods to farming tools and rustic life, and with a table that becomes a car with the whisk of a tablecloth.

The dynamics between the three are constantly shifting as Lachlan’s initial help is in turn embraced and rejected by Anthony and Claire, each of whom carries a private burden that is mutually shared and at times mutually resented.

Lachlan is a lonely man who is ‘aye speirin’ but has the gift of attrition. His creepy interfering and insight into the back story of their lives is insidious as he works the couple cleverly one at a time, playing each against the other as he offers his bizarre covenant.

The piece is like a modern day fairy tale with the old man taking the role of the rich lonely giant or the dwarf with the gift of spinning gold, using their assets to bargain for the life of an unborn child and the males in the story mapping out the life of the powerless female. But this is not an ancient tale. This is set in present day and dealing with issues of sexual scandal and its modern day consequences; the vulnerability of a woman with a condition that makes her at times disturbed and deranged; her apparent powerlessness against a pact of male control and the weird consequences of a family’s estrangement.

There was an assured and competent performance from the cast, notably Clare Ross who was both strong and convincingly pregnant in this compelling play. The dream, or rather nightmare, sequence seemed at odds with rest of play, its contrived tension and incongruous choreography ruining the real tension that had built up in the performance, though the playing of the music ‘Stranger in Paradise’ was especially apt. Apart from that, this was a play that the three strong cast ploughed powerfully through together to its shocking end.

The company is also introducing a series of free post-show events across all six evening performances. They include ‘A Conversation with the Writer and Director’ hosted by experienced freelance journalist and Scotland Correspondent of The Stage newspaper Thom Dibdin, and a talk by the Creative Director of Playwrights’ Studio Scotland, Fiona Sturgeon-Shea to offer a different perspective.