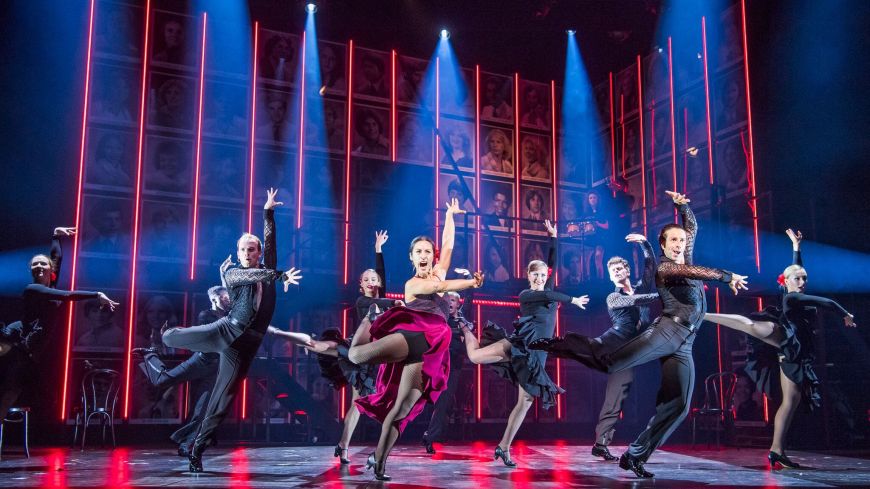 A revival for its 30th anniversary since busting out its legwarmers is only right to celebrate the show that tries to recreate the passionate heartbreak of wanting Fame.

Last produced in 2014 under Bill Kenwright, which received unfavorable reviews from critics and audiences alike, Selladoor Productions take on the anniversary production, who are also often criticised for their cookie cutter and amateurish approach, which unfortunately despite the enthusiasm, does come across with this current showcase.

Fame follows a selection of students traversing training at New York’s High School for The Performing Arts while navigating their personal baggage; from being in the shadow of a talented father to destructive behaviour for the impatience to be "a real live star".

With varying scales of believability and attention, romance, prejudice, disappointment, drug abuse and perseverance are at the core of David De Silva’s vision, however the power of the uncompromising Christopher Gore script and the gritty Alan Parker directorial eye from the film is completely lost in the transfer to the stage.

Instead, there are only a few moments where you believe anything that is happening onstage, with acting across the board being wooden and over the top, amidst the songs, both solos and ensemble pieces, that often come out of nowhere and feel forced.

There’s a lot of cliched dialogue that wastes an opportunity to truly explore, 30 years on, the still growing obsession with fame and celebrity, plus it’s not clear what the tone of the piece is, the only thing that was clear was the overly saccharine ending, emotionally overbearing amidst a show that until the final 15 minutes, is only hinting at bigger, emotional and psychological problems.

Mica Paris deserves mention for a moving rendition of Miss Sherman’s ‘These Are My Children’, which showcases her sultry tones beautifully and brought some audience members back into the room, highlighting that singing doesn’t need to be strident or go through four vocal ranges to pack a punch.

The choreography throughout the show is its saving grace, with Nick Winston juxtaposing the form and discipline of classic ballet with a new generation’s impatience to just feel the music with impressive street dance displays.

Every performer deserves credit for giving their all in the ensemble moments.