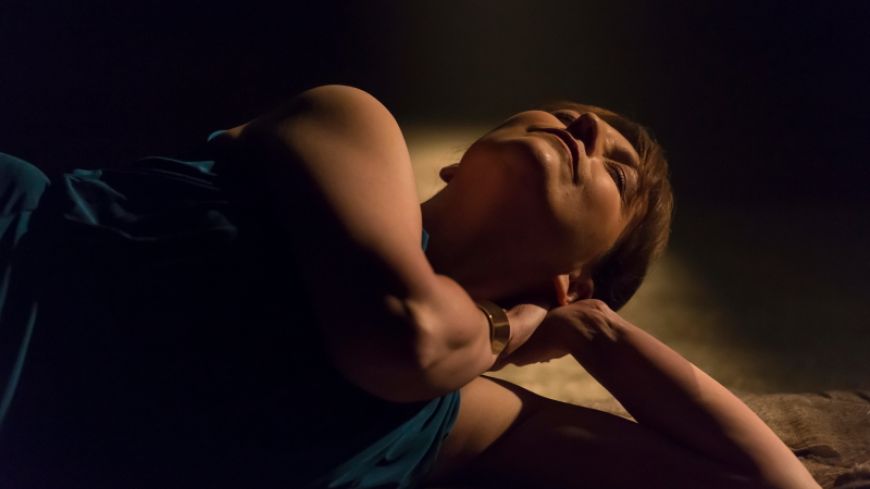 To varying degrees, we all harbour the guilty secret of being fascinated by what goes on behind the closed doors of the rich or famous. Even the innocent can’t avoid the endless parade of celebrity grubby linen airing itself in the public domain, coming out the end of the mainstream mangle even filthier than it went in.

But even in the current climate of public confessionals and the complicit erosion of privacy, it is rare for someone to step forward and voluntarily disclose the most personal details of their life – warts and all - without explanation, without excuses and apparently without reason. Enter Ciara.

Dressed like a greek goddess, but moving between industrial concrete pillars in a bleak warehouse space, Ciara takes time to arrange herself on the single chair. Appearances are very important. Satisfied with the drapes and folds of material that reveal just the right amount of knee and elegant calf, she begins her story. It is a dark and dirty story of violence and betrayal, riddled with contradictions.

Ciara is the proud owner of a Glasgow art gallery. She is cultured and refined and mixes with the privileged and elite. But behind this sophisticated exterior sits the fact that Daddy was a gangster: part of a strong community who look after their own, his daughter the apple of his eye. But scratch once again beneath this particular surface and you find a man who, driven by envy and greed, tangled himself into a network of obligations that had him sell off his precious daughter’s virginity as part of a deal -when the price was right. Ciara is independent and in control and, at the same time, has been unwittingly manipulated behind the scenes by all the men in her life.

David Harrower’s script was rhythmic and lyrically beautiful, Blythe Duff delivering this almost poetic monologue with a conviction that was accomplished and utterly believable. Yet it was difficult to understand why this woman was telling us her story, and why now? The picture of this woman’s past life was painted with such attention to detail, episodes of her history and the key players jumping around in time and jostling for position in such a way that it was difficult, over all, to draw out the relevance of her story.

We know everything and nothing about this woman. We warm to her yet don’t really know what she thinks – of herself, her loved ones, her past or her future. She has chosen to open her heart and not to bare her soul, and we can but wonder why.