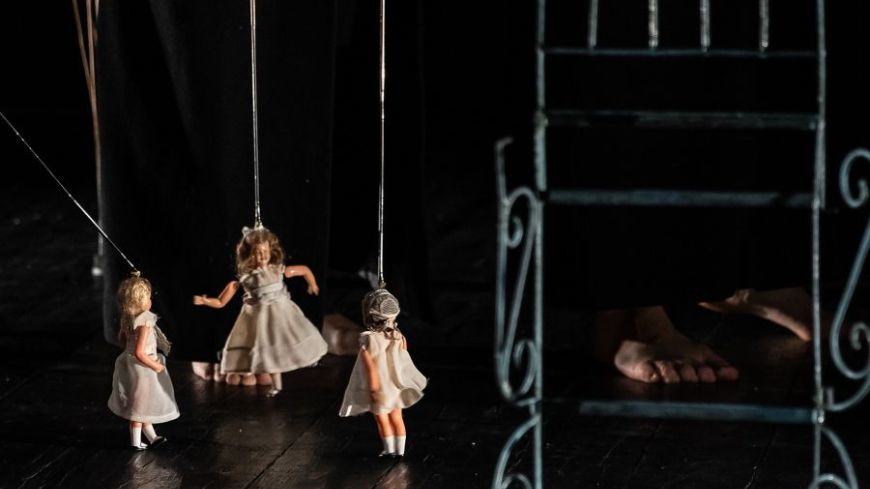 After Chekov is an evocative and ethereal interpretation of Chekov’s storytelling told through movement and an atmospheric soundscape. Loosely based around The Three Sisters, but with a smattering of influences from his other plays, it paints a quirky picture of the familial and tangled relationships that so oft were the focus of Chekov’s work. Using music and sounds from Samolœt’s Russian and French influences, the three-strong cast draw the audience into the world of a mythical Russia.

This is a story told without words, apart from the occasional chorus of a lullaby, which allows the audience to use their imaginations in the onstage journey.

The focus of the story is instead told through the physical and aural elements, all of which add to the feel of the show. The use of props is imaginative and beautifully done, particularly with the addition of puppet dolls helping to paint the passage of time as the story unfolds from a youthful time of fun, through to a picture of model behaviour leading to a frustration and desire to escape.

While dolls are often used as a creepy tool in horror films, the lightness and energy with which the cast play with the movement of the dolls means that they bring humour and joy to the tale. Other props such as folding frames, through which this structured life is viewed, are cleverly adaptable, turning from window, to picture frame to doll’s bed.

A delightful homage to Chekov with a well-matched soundscape that adds to the emotional journey of the piece, this is charming production.