A Play, A Pie and A Pint: Dear Glasgow Review 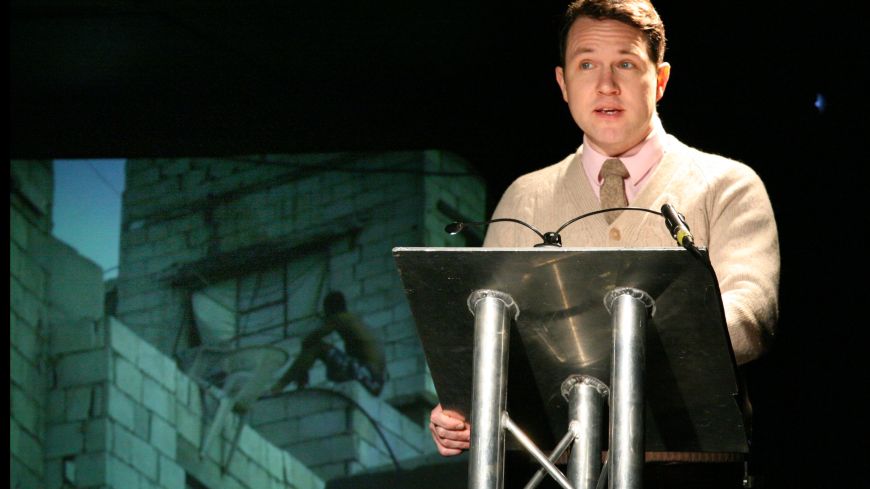 This week’s A Play, A Pie and A Pint, Dear Glasgow, departs from the norm yet again but the change is more than the switch of venue from the theatre space to the bar that took place last week. This time it is not a play and there are no actors.  Instead it is a series of letters that have been commissioned by seven writers from the Arab world in response to current events in their countries read by four weel kent figures from the world of Scottish writing.

A film is showing the primitive living still taking place in parts of the countries in question as the audience takes their seats. Two lecterns stand before the screen with two couches behind.  Producer and director, David MacLennan, gives an introduction where he hopes Edinburgh will accommodate the addressing of its rival city Glasgow, and the four readers take their seats.

The broad sentiments of the love of freedom, faith in humanity, belief in peace and justice, the need for respect, the right to differ and the basic wish to live a normal life were expressed from their individual perspectives but with a strong over- all view of the power of arts, culture, creativity and theatre in society.

We hear of fear on streets where thuggish tattooed men who seem to have appeared from nowhere roam threateningly.  We hear of occupation and the terrible irony of being a refugee in your own country but beyond these sorrowful realities, the symbol of the rusty keys to old homes kept by the family of Abdelfattah Abusrour is both arresting and powerful.

Similarly, Adhaf Souief’s story of the endurance of the caper tree that was a symbol of warmth and serenity and that grew in a hostile environment despite the odds is memorable and affecting. Palestinian playwright Raja Shehadeh’s search for old street names in Jerusalem, and telling of a language that is denying its Arabic affinities was read by Gaelic poet and writer Aonghas Macneacail.  An apt choice.

The remaining plays in the Season are: