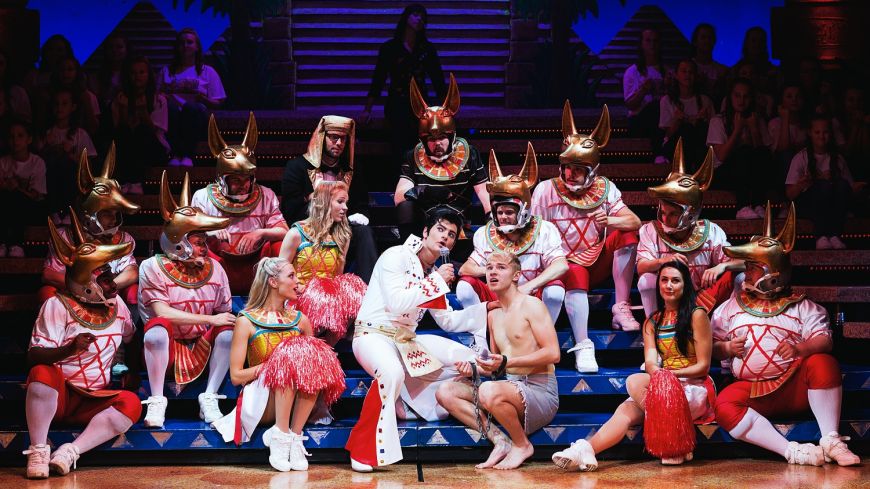 When it comes to musicals, I confess to their not being my favourite genre. I attend them in hope and sometimes get a surprise. Was tonight to be one of those nights? Sadly not.

Perhaps it was opening night at the Playhouse jitters. Perhaps there was just something in the air. But there was just something about tonight’s performance that slightly sang to the tune of a dress rehearsal. The songs that we all know and love were pitchy. Some of the dancing, which generally was quite unimpressive anyway, suffered from some glaring mistakes (a poor girl was almost dropped at one point after a fellow dancer struggled to pick her up). And it seemed to me (and I fully admit this may be a personal grievance) that the ending was the most drawn out of all endings in history. It should have been called Joseph’s Neverending Technicolor Dreamcoat.

It was not, however, all bad. Former X Factor finalist, Lloyd Daniels, was quite a fine lead and one of the more impressive vocalists on the stage, bringing genuine emotion to his performance. It was quite obvious to me though who the true star of the show was. And it should come as no surprise. He is always the star of any show. It was the king himself: Elvis. Bringing humour, vocal range and stacks of energy, when he was on stage you felt like the show was finally coming alive.

If you are already in love with the musical then this isn’t necessarily going to dampen your enthusiasm. There were plenty present who seemed to get quite emotional when some of the more well-known tunes were choked from the stage. There were also some, who just sat cross- armed, bemused, wondering what the time was as they belted out the same song for the ten millionth time.

Runs till 21 February at Edinburgh Playhouse