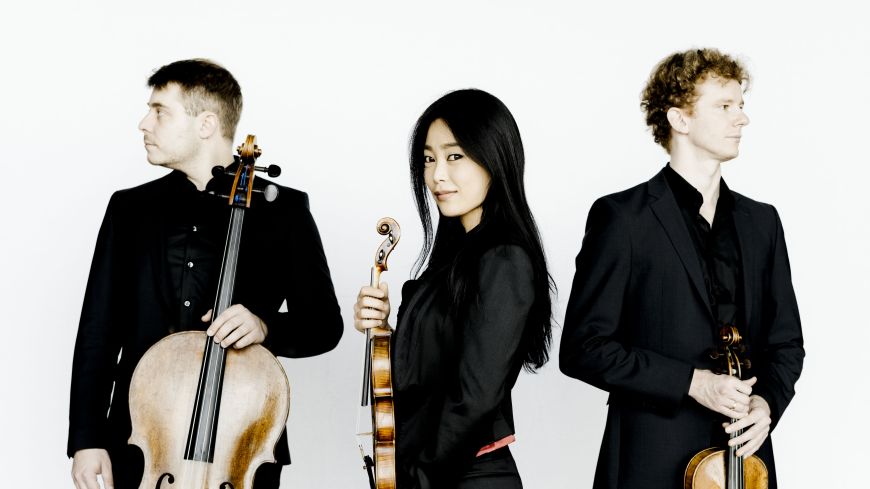 Winners of this year's Swiss Ambassador's Award, Orion String Trio, are given a week-long tour of five concerts accompanied by the Ambassador of Switzerland, His Excellency Mr Alexandre Fasel. From Edinburgh they go on to Cardiff, London, Belfast and Manchester. Once again held in the Balmoral Hotel, our concert was preceded by a fine reception for Edinburgh's diplomatic corps. The invitation demanded lounge suits as the dress code.

In introducing the concert, the Ambassador told us that this year's winners, whilst none are Swiss musicians, the Trio is based in Basel in Switzerland. Indeed violin player Soyoung Yoon is from South Korea, viola player Veit Hertenstein from Germany and cello player Benjamin Gregor-Smith from England.

In many ways the erudite and charming introduction to the music they were to play given by Benjamin Gregor-Smith was a highlight of the evening. Much was made of not needing music stands for the opening Beethoven 'so we could see the players better' - and cheerful and proficient it was. From there the music became far more complicated. Schnittke's String Trio, composed in 1985, was followed by a short work written by Benjamin Gregor-Smith's cello teacher Thomas Demenga with its images of jazz and a real frenzy of an ending. The music stands disappeared again for the charming Serenade in C major by Hungarian Ernö Dohnányi.

This was a concert given by three young musicians of considerable talent who played for us some challenging music - an intriguing and entertaining evening.