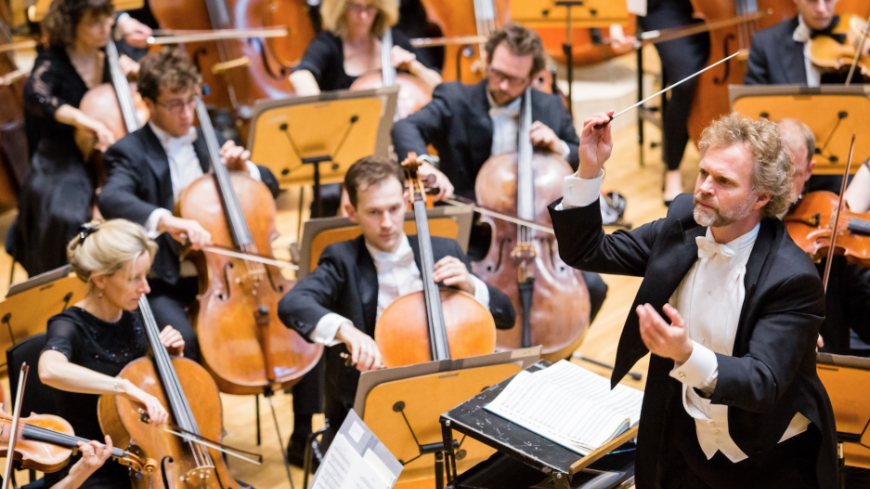 The opening concert of the new season began with the lively and exciting Don Juan - Richard Strauss's symphonic poem. Hardly surprising that when first heard in 1889 it placed the young composer as the natural successor to Wagner. Immediately the Orchestra had us following the life and loves of a young man who ultimately falls to the sword. The oboe was memorable. Earlier in the Upper Circle Bar, conductor Thomas Søndergård and Concerts Director Bill Chandler gave us a vivid description of Vienna when Don Juan was first performed and when coffee shop habitués Strauss and Mahler were good friends who chose to differ whenever they could. Add their influence to the songs of Vienna born Alban Berg - and this was the theme of this, the first of three Viennese concerts spread through the coming season.

Arbroath born and Scottish trained mezzo-soprano Karen Cargill sang for us in German Alban Berg's Seven Early Songs first performed in 1907 but orchestrated twenty years later. Each challenged Karen Cargill to its own presentation be it Night, Reed Song, The Nightingale, Crowned in a Dream, In the Chamber, Ode to Love or Summer Days. And, of course, she sang each short song superbly. We had heard in the pre-concert talk that every time Karen sings the Seven Songs she falls in love with one or other. The guessing was which one was it? We loved them all.

Initially called Titan, Mahler's First Symphony was first performed within days of Strauss's Don Juan. Titan broke new ground in its day. Thomas Søndergård and his team took it to a new level; polished, confident and above all totally gripping. A great evening of Viennese music - but that wasn't quite all. On came Karen Cargill with a bunch of flowers and we all started to sing Happy Birthday to the conductor as he fumbled with the flowers and looked truly humbled and yet delighted. It was his half century.