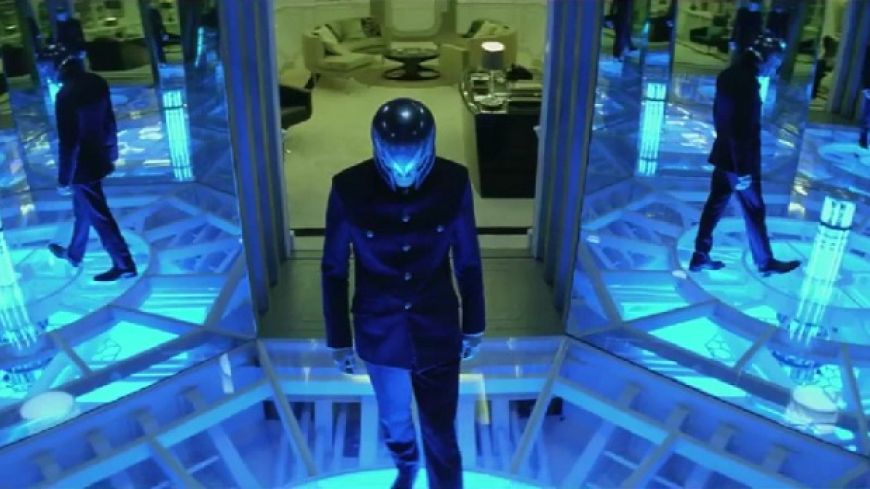 Bryan Singer’s X2 was one of the best examples of the comic book superhero genre; made with considerable panache and came with great dialogue delivered by a fine ensemble cast of young talent and Shakespearean giants. It was also peppered with unexpectedly moving scenes that gave its outlandish mutant superheroes some depth.

Although Singer’s influence is still evident here, it’s Kick-Ass’ Matthew Vaughan who takes on directing duties in this 5th ‘X’ related outing. It’s well directed with many nice touches but isn’t as precise or as stylised as the thrillingly slick Kick Ass proved to be. There are still plenty of his nifty visual transitions on show but with Kick Ass, everything seen on the screen mattered. Here it shows off at times and by comparison Kick Ass was stripped to the bare essentials of storytelling to deliver its punch.

At its core though, it’s the story of Xavier and Magneto coming to discover, utilise and exploit their powers. It's how their friendship forms and what in the end forces them down parallel but separate paths with different ideologies shaping their opposing destinies.

We first see both as young boys. Magneto survives the Holocaust and has his superpowers nurtured by Sebastian Shaw, a Nazi doctor (the delightfully sinister Kevin Bacon) scarring his psyche for life. On the other hand, Xavier is loved and cared for in a stately mansion, becomes a precocious Oxford graduate and is really quite charming and terribly nice.

Jump forward and the grown up yet to be Magneto (Fassbender) is hunting down his Nazi teacher and tormentor. Whilst he closes in on him, Xavier (Macavoy), Raven (yet to become Mystique) and a handful of others find themselves helping the CIA to seek out more mutants to exploit their potential.

What then develops is a Cold War backdrop with an interesting twist on the Cuban Missile Crisis. The conceit is that Shaw is masterminding events behind the scenes, hell bent on starting an apocalypse. He wants to take over the world as any decent, self-respecting, well-funded evil genius would. Bacon savours the role, essentially as a Bond villain. He even owns a giant yacht concealing a getaway sub. Appropriately, the year in question, 1962, is the year Bond himself first hit the silver screen in Dr No.

Like X2, this instalment also benefits from good dialogue, once again delivered by a fine ensemble cast. Emotional depth exists between the characters without which this would have been another empty spectacle like the Wolverine spin off. When Xavier reads Magneto’s mind to search for a happy memory, the scene is both troubling and moving on several levels and I found myself swallowing a mild lump at the back of my throat. This is really down to Fassbender and Macavoy’s double act, pulling off their scenes together brilliantly.

If the film had concentrated just on this relationship rather than four criss-crossing ones, it might have been remarkable. But credit is due all the same as Fassbender is as enjoyably brooding and intense as he ever is, he’s an actor you can’t take your eyes off even if he’s in the background.

But as prominent as he’s become of late, it's Macavoy, however, who steals the film. With a hint of a Patrick Stewart impersonation, his delivery of a confident, charming, kind, sincere and terribly polite chap; yet paradoxically as much a force of nature as Fassbender’s Magneto, is a performance that hints of great things to come.

As with X2, it’s the in-between quiet moments of reflection or character development that impress more than the action. There are some great little moments (a Tarantino-esque showdown in an Argentinean bar) and the art direction is nifty including a colourful Dr Strangelove style war room. The set pieces and special effects are perfectly decent and there’s a hilarious cameo by Wolverine, but I’d happily have given up whole action scenes just to see Fassbender and Macavoy shoot the breeze whilst taking a Sunday afternoon stroll.

It’s not up there with X2, but it is a class above the other instalments and there’s plenty to enjoy.