Film of the Week: TrollHunter 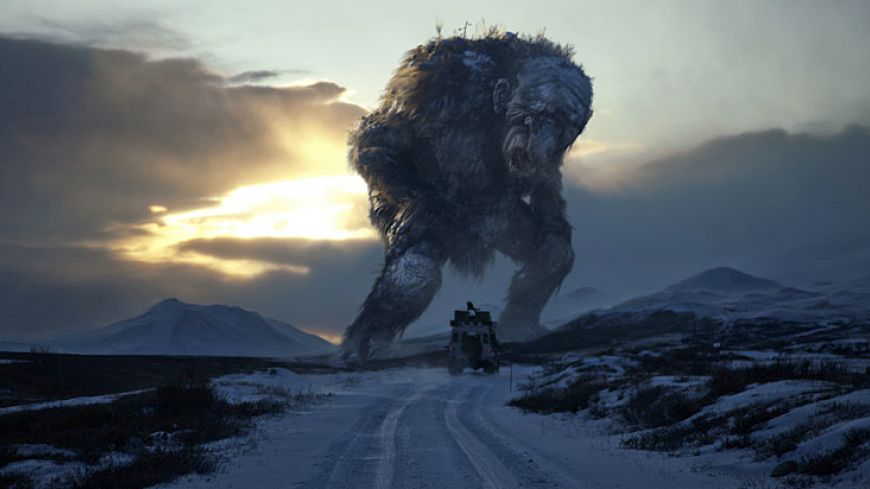 The best way to see this film is to not read this or any other reviews, ignore the trailer, which of course gives too much away and so all that’s left for you to do is simply go and see it. It does what it says on the tin – it’s about a troll hunter and trolls get hunted.

This is a delightfully entertaining mockumentary with a real atmosphere of suspense, a healthy balance of humour and brief moments of horror, all convincingly realised with dazzling special effects.

The story follows a group of young film making students who decide to make a documentary on a series of mysterious bear killings near civilian populations.

They track down the elusive and camera-shy Hans (Otto Jesperson), a gruff world-weary country ranger type tasked with finding the killer bears. Secretly following him into the woods one night they discover he is in fact in pursuit of a variety of giant trolls. Of late, they’ve broken loose from their usual natural habitats where until now they've remained hidden, merely myths in the public imagination.

Essentially this is The Blair Witch Project meets Jurassic Park with just a hint of Spinal Tap about it. The brilliant conceit is that it’s (once again) found footage of a low budget documentary shot on average video cameras. This means that although the trolls eventually captured on camera look real, they seem more real for the fact they are caught on hand-held, shaky, grainy stock.

Much of the humour and ideas in this film may be going over audiences' heads unfamiliar with Norwegian folklore and fairy tales which portray a wide variety of troll types, behaviour and habitats from storytelling traditions familiar mainly to our Scandinavian neighbours.

However, this local knowledge bleeds through, providing an air of realism, and in Norway where the film was a local blockbuster last year, it was praised for sticking closely to ‘authentic’ cultural traditions.

If one has seen the infamous and influential Belgian mockumentary Man Bites Dog, there’s a hint of that here, too, where the film crew gradually become not exactly co-conspirators, but enmeshed with and collaborating to some extent alongside Hans to get their awesome footage.

The subtext is the expose of a government cover-up of the fact that trolls even exist and some of the interviews with wary witnesses and in particular a hydro electric engineer (curious as to why some electricity pylons are arranged in a circular loop across the landscape) are both sinister and hilarious.

The experience is, of course, not without danger and for some there’s a predictable price to be paid for getting too close to the action.

If there’s a flaw to the film it’s the fact that once we get more than fleeting glimpses of the creatures, once they’re properly out in the open and on camera in all their glory, some of the suspense and magic is lost, although the visuals are nevertheless always impressive. I also felt the ending was rather blunt and unsatisfactory, possibly left open for an inevitable sequel.

Whether or not the Norwegian film industry capitalises on the film's success with a follow through is a matter of time, but for those of you wary of subtitles, a US remake, possibly helmed by Chris (Harry Potter) Columbus is on the cards, no doubt heading for a multiplex near you next year.