Film of the Week: The Tree of Life 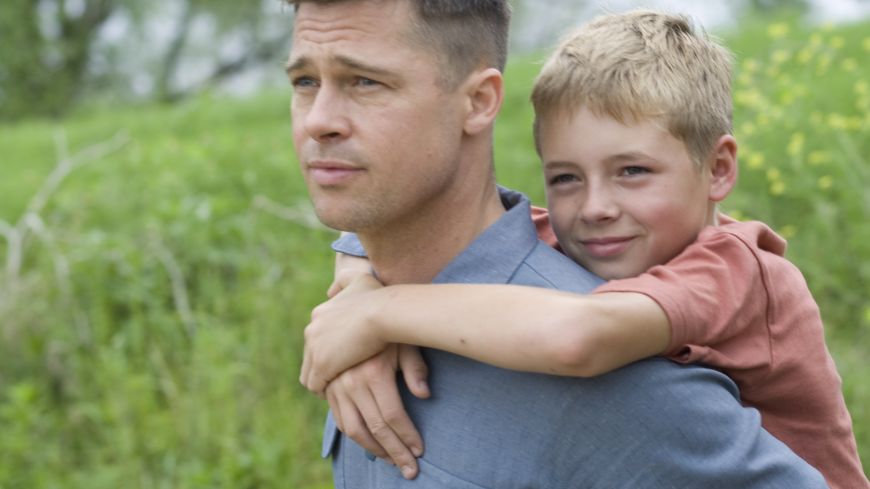 A pretentious pile of tedious guff? A bold and brilliant masterwork? A two-hour long shampoo commercial with Classic FM’s greatest hits as the soundtrack? Or perhaps just a very expensive way for the director to declare: "2001: A Space Odyssey is my favourite film."

The Tree of Life is all of the above and much more.

And we are lucky to see it at all. It’s rare enough that even a prize-winning film by a director whose last opus fumbled from sight would be released so swiftly after its initial airing. There was even concern it might not see the light of day here at all never mind the back of a projector bulb, an astonishing prospect.

But I guess an A-list cast, the director’s reputation, a major award and the fact it’s been a hit in France might have persuaded someone otherwise. I thank them for it’s saved me from having to travel to Paris.

I’m not the only one who'd go to such lengths and this gives some idea of the rabidly loyal cinephile following Terrence Malick has after only four films, all the more remarkable considering his last, The New World, wasn’t well regarded but deserves a second glance.

His reputation is almost entirely based not just on the widely admired cult classic Badlands or the war epic The Thin Red Line but chiefly for his 1978 masterpiece Days of Heaven, a film so heart-achingly hypnotic and beautiful you wonder why other filmmakers don't just give up.

And so after scooping the Palme D’Or at the Cannes Film Festival just weeks ago and with five star reviews pouring forth, The Tree of Life is finally unveiled, loaded with expectation.

The first half hour sledgehammers you with a cluster of sequences that will play out later in more leisurely detail. It’s dazzling but over the top, almost silly and yet occasionally breathtaking. It also felt no more than a dreamy montage of choice Hubble photographs, Planet Earth highlights and an intriguing family drama all drowned out by operatic arias. It was all a bit too much and it had only just got going.

I was resisting liking it. It was too beautiful, there were no flaws in the images and yet it felt muddy. The whispery voiceovers of characters communing with God seemed unnecessary....

And then I just caved in and let it wash over me.

An hour later I was stifling tears and on occasion my jaw dropped at a magnificent shot or a piece of delicate choreography where I had to snap myself out of thinking ‘how on earth did he get that?’

The film asks what is the meaning of life and our place in it. Goddamitt what is the point of it all? Well you’ll be disappointed to learn even Malick doesn’t know. Instead he creates epic visual statements about it, a vast cosmic array of the elements of life in all their sunset drenched wispy haired beauty.

But rooting this intergalactic wonder is the film’s chief focus on a 1950’s suburban family. Brad Pitt in a tremendous performance plays the musically talented and warmly loving, but paradoxically overbearing and frighteningly strict father of three young sons.

The eldest son (the hypnotic Hunter McCracken) struggles with confusion and guilt as he grows up. He gradually adopts his tough father’s aggressive tendencies in an effort to be accepted. This struggle tearing him between being his father’s son and evolving ‘naturally’ is depicted with minimal dialogue, expert naturalistic acting and masterful cinematic choreography.

All the little rituals of growing up from infancy to sibling rivalry, of psychological, sexual and emotional evolution, of personal discoveries and adventures are handled with a glorification of both the innocence and eventual corruption of childhood in such sublime detail it sent shivers down my spine. Malick’s gift is his ability to explore feelings, concepts, themes and ideas with images of Kubrickian perfection rather than traditional narrative and dialogue.

And mentioning Kubrick, the origin of the universe scene pays clear homage to the opening and closing sequences of 2001: A Space Odyssey. All that’s missing is Also Sprach Zarathustra and The Blue Danube although Malick’s found some equally famous tunes instead. There’s a touch of David Attenborough meets Baraka in the landscape shots which weave in and out throughout. It’s overstated and pompous yet brilliant.

It falters in the last scenes when a bunch of characters meet up in an earthly paradise and experience rebirth or the universe restarts. It’s not clear. It’s not meant to be but it reminded me of the chocolate box imagery in Peter Jackson’s disappointingly sanitised vision of Alice Sebold’s The Lovely Bones.

Having said that, for all its pretentious little moments, over-the-top visual bombast and a dubious ending it is overall a gloriously executed and provocative feast for the eyes and ears. I’d happily have watched another two hours of it.