Film of the Week: Hanna 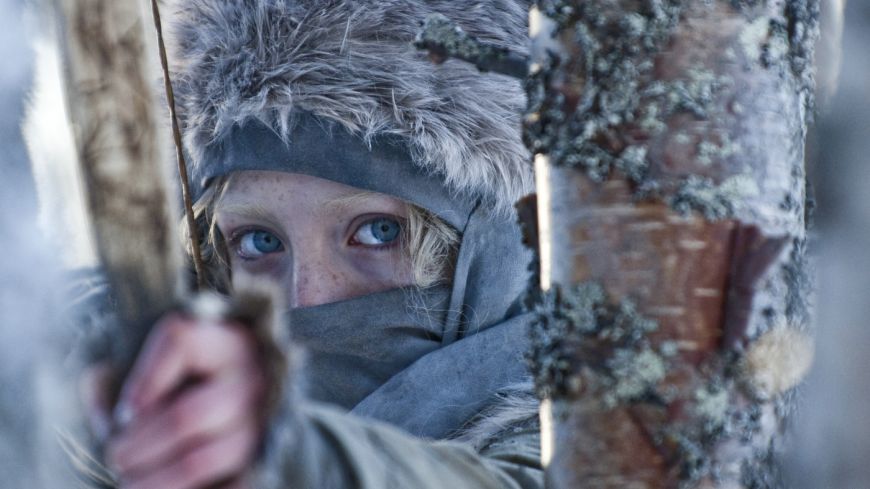 This is something of a departure for Joe Wright after helming the epic splendour of two accomplished period dramas - Pride and Prejudice and Atonement. Here he turns his hand to an occasionally daft but enjoyable guilty pleasure, a stylish offbeat thriller that mashes up various influences and conventions to create something of its own. It doesn’t quite all work, but maintains its suspense throughout and delivers many inventive touches and enjoyably quirky characters.

Although Hanna has hints of the Bourne series stamped on it, the one filmmaker whose influence permeates the whole piece is Luc Besson, with plotting and visual influences seemingly borrowed from Nikita, Subway and The Fifth Element.

At the start we could be in another of Wright’s period dramas with an elegant sequence unfolding in a beautiful and soundless arctic wilderness. A teenage girl (Saoirse Ronan) stalks a deer with bow and arrow.

She’s ethereal, ghostly and a little feral. She takes the shot but to her disappointment, it isn’t a clean kill. Getting our first hint this is not what it seems she pulls a gun to dispatch her prey, firing straight down the lens at us. Her name fills the screen as the shot rings out and we realise no, this is definitely not a period drama.

And there are a few more deceptions along the way as Hanna’s backstory is gradually revealed and certain things we take for granted get turned on their head.

Reared in the woods by her protective father (Eric Bana), he trains her in survival tactics and lethal self-defence techniques (as would any good dad), trying to get her ‘ready’ for the day she faces the real world.

Naturally, there’s more to her than meets the eye. She’s a weapon of sorts, part of a defunct CIA experiment. But she wasn't supposed to grow up off-grid or out of sight. Inevitably, the world that created her eventually comes knocking to retrieve their leftover mess. Unfortunately for the powers that be, the mess is about to get a whole lot bigger.

Rendered to an unknown high-tech facility in an undesignated location, Hanna’s examined from the shadows by Marissa (Cate Blanchett) one of her ‘creators’. This is a suitably cold and steely performance from Blanchett, on much better form here than she’s been for some time, making a convincing and unsympathetic villain. Her character and accent isn’t a mile from her pantomime turn in The Kingdom of the Crystal Skull but here she pulls it off quite nicely.

Soon she will utter the film’s most memorable line as she watches Hanna perform a spectacular escape. She simply mouths ‘Oh…my…God’, the long gaps between the words filled with Hanna’s dispatching of the facility’s guards in a pretty thrilling sequence. She breaks out of this Bond villain style lair with ease in a cinematic exercise of stylish camera angles all to a pounding techno score courtesy of The Chemical Brothers. The film was showing off and I couldn’t suppress the huge grin on my face that told me I was having a really good time.

Thereafter we’re taken on a country hopping road-movie as she tries to integrate herself into the real world, uncover her past and re-unite with papa. She hooks up with a delightful hippy family along the way and befriends their dotty hormonal teen Sophie (a brilliant and scene stealing turn by Jessica Barden).

But there’s little time to relax for omnipresent man of the moment Tom Hollander is also on her tail. He’s a camp, peroxide haired neo-nazi with a penchant for showgirl she-males, aided and abetted by skinhead sidekicks. It’s a tad ridiculous but this is Tom Hollander after all, gifted comic actor and like Blanchett, he pulls it off.

Ronan is rather good as the purposefully blank faced killing machine portraying her role with enough humanity, sympathy and curiosity about real life for us to care. The whole thing’s shot and edited well, set in impressive locations and it all skips along nicely. A few moments seem improbable or don’t make much sense but it doesn’t really matter. The finale is painting by numbers by the time it gets there but there's nevertheless some excellent moments of peril and ass-kicking along the way.

It’s an unusual and clever hybrid of conventions and although it has its flaws, it’s a thoroughly enjoyable romp.