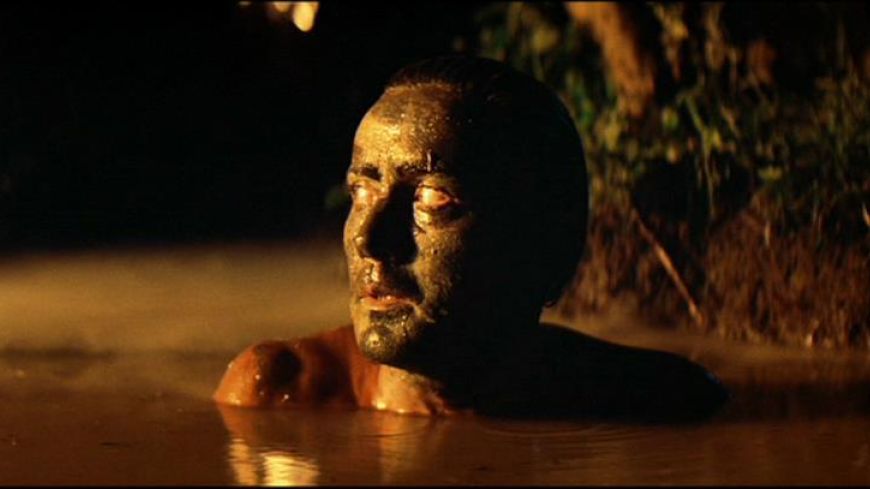 It’s not every week of the year I get the chance to review a bona fide masterpiece that is as influential, ground-breaking and as visionary as Apocalypse Now was upon its release and still is today.

If I had a time machine, one of the less imaginative things I’d do with it is go back to 1979 and attend the first rough-cut screening at Cannes to have my mind blown along with the rest of the world's press, ready to ridicule what was anticipated to be a long overdue disaster, a bloated self-indulgent epic that would signal the director's retirement.

The rest is history, of course. Yes it was bloated, yes it was epic, and yes it was self-indulgent but in a manner that makes one believe the auteur theory isn’t just a theory. The saying ‘they don’t make them like that anymore’ applies. The only other director of that golden decade of new wave Americana to have come close is Spielberg and, lately, post Movie Brat, Canadian director James Cameron whose also bloated and self-indulgent event movie Titanic, briefly put popular cinema back on the David Lean scale.

Should I mention the plot? I’m guessing it would be polite. Hopefully, there’s a new generation of young cinephiles and film students eager to catch this classic on the big screen, albeit in digital form. So on the off chance you never quite got round to seeing it, here’s a rough summary:

At the height of the Vietnam War, Captain Willard (Martin Sheen) is a washed-up, world-weary, seen-it-all mess. Summoned to a top-secret meeting of military officials, he’s given the archetypal one last mission. The brilliant but independently minded Colonel Kurtz has gone AWOL, shunning the chain of command and forming his own tribal empire in the Cambodian jungle. Naturally, this is an embarrassment to the establishment.

The job is simple: find the Colonel and ‘terminate his command’. And just in case Willard didn’t quite catch their drift, it’s re-emphasised with unblinking eyes and pregnant pauses: ‘terminate…..with extreme prejudice’.

The rest is cinema’s most famous road movie, albeit by river in a rickety patrol boat. Willard is accompanied by a brilliantly cast motley crew of military personnel - a tough proud boat captain, an inexperienced rookie, a stoned surfer dude and a timid cook.

Confined together, the boat crew bond and squabble like an intensely dysfunctional family cut off from their usual routine. The journey is fraught with increasing danger as they endure a surreal nightmare amidst some of cinemas most infamous and spectacular set pieces. Those that make it to the end essentially  find themselves in hell.

Describing the threadbare plot is actually a pointless exercise. The film was designed to be an experience. In some ways its one of the last of its kind where a studio system indulged a living legend’s giant art-house experiment.

Although the basic message that the dark side of man and nature is very real and that war is madness, despite these themes and although loosely based on Conrad’s Heart of Darkness, the myths and legends surrounding its making: its improvised nature, its daily rewriting, the never ending shoot and the multitude of well documented problems encountered by cast and crew have all added up to create a magnificent beast of a film that couldn’t be bettered if it had been planned that way from the start.

It’s basically a collection of magic, dreamlike and frightening moments, made with a painter's eye that sees beauty amidst all the horror. From Jim Morrison’s haunting tones over its dreamy opening montage, to Robert Duvall’s’ notorious dialogue, to the (yet to be equalled) choreography of the Ride of the Valkyries sequence (no CGI anywhere to be seen), the surreal rock n roll concert, the accidental slaughter of the Vietnamese family and the eventual arrival at Kurtz’s god forsaken compound are but a handful of some of the most memorable scenes ever committed to celluloid.

It made legends of not just Coppola but catapulted Sheen to stardom, brought worldwide recognition to camera and lighting wizard Vittoria Storraro along with Walter Murch’s haunting sound design and editing. Even Dennis Hopper’s drug fuelled improvised ranting and Brando’s mumbling incoherence all helped to elevate the experience into something unexpectedly unique and profound. It is one of those rare masterpieces that was somehow set in motion and ended up making itself. There’s nothing more to say except go and see it. I’m already on my way again.

Apocalypse Now is screening daily this week at The Filmhouse