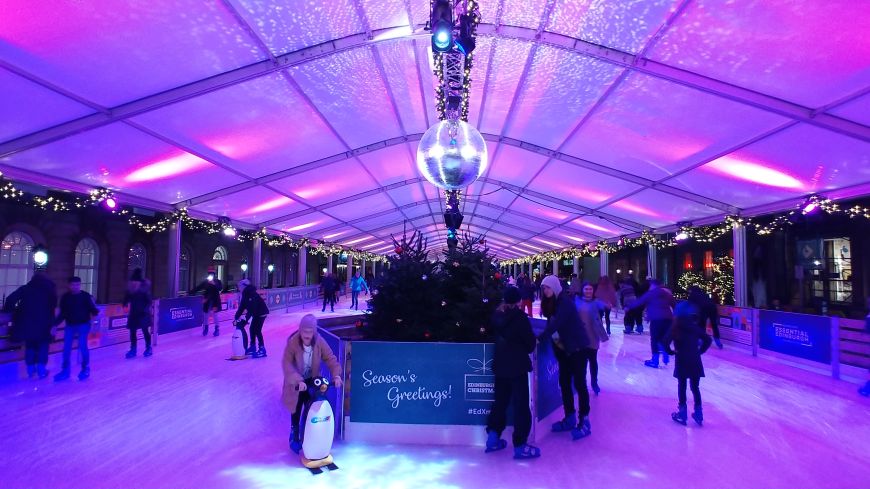 Edinburgh’s Christmas organisers said its three sites in East and West Princes Street Gardens and George Street saw a footfall of over 2.4 million people between 25 November and 3rd January.

The city’s official Christmas festival was the first to take place since 2019. While pandemic restrictions were lifted this year, the festival faced an added set of challenges. When the original Edinburgh’s Christmas contract broke down Edinburgh’s Hogmanay organiser UniqueAssembly had to take on the festival planning at six weeks’ notice. The festival opened a week later than originally planned.

Edinburgh City Council also lost the domain name for the Edinburgh’s Christmas website during the transition of contracts earlier in the year.

“It has been an extraordinary challenge to take on this large-scale event at such short notice as production costs rocketed, and the cost-of-living crisis, train strikes and weather all contributed to peoples’ decision to visit the city centre,” said the directors of UniqueAssembly.

“Given this, we are delighted that Edinburgh was busy throughout the Festive season, and Edinburgh’s Christmas attractions proved so popular with residents as well as visitors. Overall, it has been an incredible success story.”

The temporary ice rink on George Street, Lidl on Ice, saw more than 66,500 skaters try out its new configuration.

The Forth 1 Big Wheel lifted over 140,000 people up into the skies above Princes Street, and nearly 9,000 came to visit Santa.

City of Edinburgh Council Leader Cammy Day said: “Our absolute priority was to ensure that we provided high-quality festive celebrations for the city – and that these be delivered in the spirit of the feedback received in our consultation with residents, businesses and stakeholders.”

The Council leader added: “We are especially proud of the opportunities it affords to raise funds for local charities and the free tickets donated to charities and community groups helped spread Christmas joy across the city.”

Over 6,000 free tickets were donated to 30 charities and community groups across the city including the Pilmeny Development Fund, Stepping Stones, Edinburgh Young Carers and Children’s Holiday Venture.

UniqueAssembly said it hopes to return in 2023 with a refreshed Christmas programme including bringing back some familiar festive favourites, as well as developing and enhancing exciting new events and attractions.

“Organisers wish to re-establish a strong local pride and support for the Edinburgh’s Christmas events, as well as putting the city on the map as one of Europe’s premium winter destinations, welcoming visitors from across the UK and beyond to the economic benefit of Edinburgh as a whole.”