Loony Dookers Welcome In the Twenties With A Splash

Hundreds of people, many in fancy dress, welcomed in a new year and a new decade by dousing themselves in the chill waters of the North Sea. 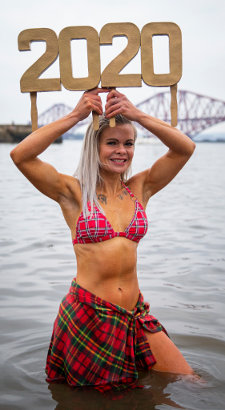 South Queensferry dookers, who had paid a £12 entrance fee, frolicked bravely in the bracing waters beneath the Forth Bridges, while on the beaches of Portobello, Gullane, and North Berwick hundreds girded loins and made a mad dash into the brine.

Around 1,100 people took part in the New Year’s day Loony Dook in South Queensferry. The event which started with a handful of swimmers in 1987, is perhaps the largest and most widely known of the dooks, as it is part of the official three-day Edinburgh’s Hogmanay Festival. It also includes a dookers’ parade through the centre of South Queensferry before the traditional dip in the watter.

Edinburgh’s Hogmanay organisers Unique Events started charging an entrance fee for the 2011 Loony Dook which, under current organiser, Underbelly, is £12 per person.

The event is sufficiently popular that tickets this year, and in previous years, have sold out in advance. Yet the monetisation of the Loony Dook in South Queensferry has added to a general criticism about the creep of commercialisation around community events and public space in Edinburgh, particularly at festival times.

It’s also led to the popularity of other Loony Dook events along the 55-mile coastline of the Firth of Forth in 2020. The difference is that from Kinghorn in Fife to Dunbar in East Lothian, people dooked for free.

Hundreds took part in the Portobello Loony Dook, always a popular one for people living in the Edinburgh area. The beach at Gullane saw plenty of goose-bumped flesh, and Cockenzie and Port Seton had its own Loony Dook.

Our volunteers were out in force standing by for the 450+ brave souls who took to the sea for the 2020 North Berwick New Year's Day Loony Dook. Happy New Year to all our followers and supporters. We couldn't do it with out you. #RespectTheWater and have a safe 2020 pic.twitter.com/BXXjf47yr4

The smaller Fisherrow Loony Dook in Musselburgh was cancelled earlier last month by organisers due to the unfavourable high tide. Without a high tide, dookers would have to walk a long distance to get in the water. The high tide on January 1st was at 6.36am and 6.39pm, before the 8.30am sunrise and after the 4pm sunset. The Fisherrow Loony Dook is expected to return on 1st January 2021 when there's a 4pm high tide.

Meanwhile, in the South Queensferry dook, Underbelly bosses Ed Bartlam and Charlie Wood, made a splash with a Donald Trump, a T Rex, a pair of lobsters, a Mr Blobby and a man in a mankini.

Bartlam and Wood wore shorts and T-shirts with this year’s Hogmanay slogan “Be Together”. 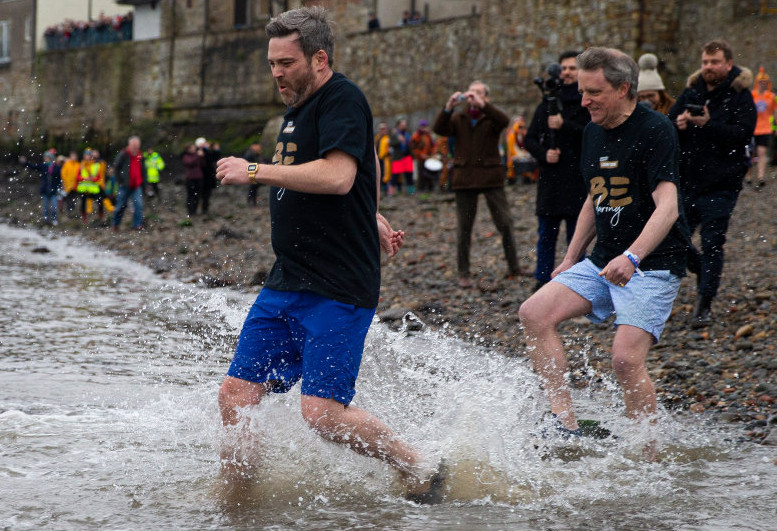 The Loony Dook in South Queensferry includes a fancy dress competition which was won by four friends in a cardboard boat - Laura and Niamh in The Maid of the Forth, Jack as a can of Iron Bru and Hannah as Dorothy from the Wizard of Oz.

Niamh’s parents met as teenagers working on the Maid of the Forth sightseeing boat where her mum sold tickets and her dad was the deck hand. On their wedding day, her parents took the boat to Inchcolm Island to get married.

The four gifted their £250 prize money to Maggie’s Centre. 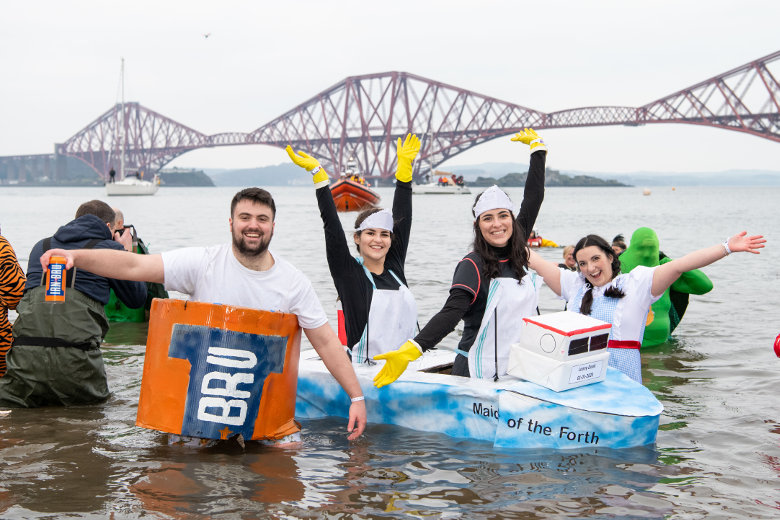 This is the third Hogmanay festival run by Underbelly and has generated heated debate about the scale and scope of Hogmanay events in particular the Street Party on the 31st.

In spite of detractors, Underbelly directors Wood and Bartlam, claimed it had been “the best ever hogmanay” with a sold-out Street Party:

“What a fantastic night! Mark Ronson, who has been the soundtrack to our last decade, brought in the new decade with an absolutely belting set which took us through the bells. The Fireworks, set to his soundtrack were breathtaking!”

The Concert in the Garden was a night of DJ sets beginning with old skool dub and bassy hits from Glasgow-based Mungo’s Hi Fi, followed by a DJ set from Rudimental. 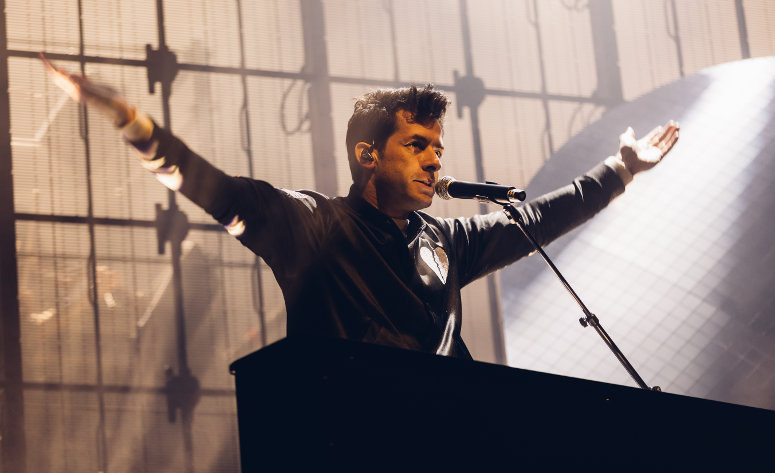 Headliner Mark Ronson took it to the bells with a medley of some of his greatest hits including Uptown Funk feat, Bruno Mars, Bang Bang Bang with The Business Intl, Nothing Breaks Like A Heart and Electricity thumping out at midnight as 3.3 tonnes of fireworks lit up the Edinburgh sky.

Ronson was joined by surprise guest Daniel Merriweather for Stop Me and Shallow and augmented by a live string section from a stage above.

Other stages in the street party hosted sets from Marc Almond, Idlewild, The Snuts, and Arielle, while interacting with the crowd were dancing light puppets of Dundu and the quirky i-puppets of Close-Act Theatre.

This was the first year that Edinburgh’s Hogmanay was livestreamed around the world. The 16-camera production fed a live-edit from around the arena across the internet. It captured the atmosphere and the music on the streets, although the Mac Twins had their work cut out keeping the momentum going at times on the dry but chilly night.

At the end of the night the lone piper Louise Marshall played out the party goers.

Underbelly estimates Hogmanay attracted 180,000 visitors from 87 countries to Edinburgh over the course of the 3 days, including 75,000 revellers at the street party, Hogmanay in the Gardens and the ceilidh under the castle.

Underbelly has put a limited number of Street Party tickets for Edinburgh’s Hogmanay 2020 on sale at an early bird rate £20.50 + £1.00 booking fee.