Edinburgh Struggles to Be Together For Hogmanay Celebrations 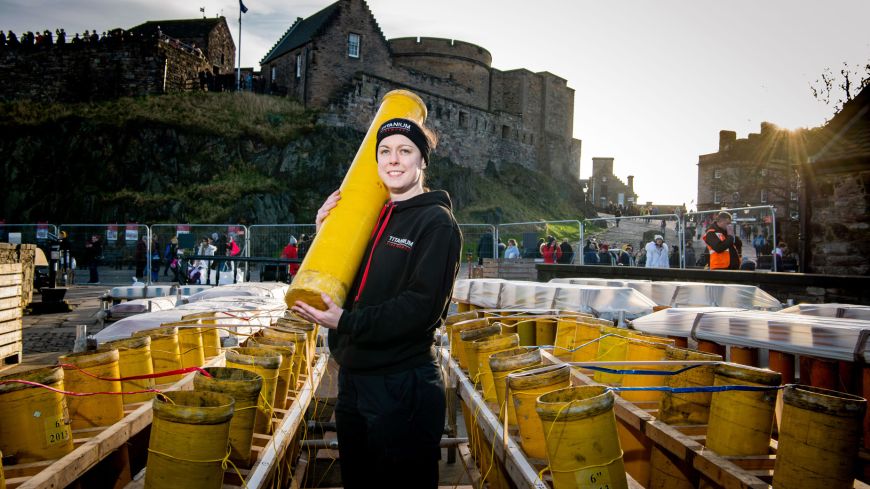 “Be Together” may be the slogan beamed around the world from this year’s Edinburgh’s Hogmanay, but the past month has been more divisive than many can remember in the history of the three-day New Year’s festival.

The ill-feeling among many residents towards the Hogmanay event - particularly those who live in the city - has been brewing for years. This year, it erupted with a pent-up howl of exasperation and frustration.

It started with the Christmas market in East Princes Street Gardens as soon as it was apparent that the market stalls and fairground were expanding on both sides of the railway track. Critics decried the enlarged footprint of the market as over-commercialising and diminishing one of Edinburgh’s most picturesque public parks.

Then as the scaffolding for the huge market deck was being mounted on the garden lawn, it was revealed that Underbelly, the organisers of the event, didn’t have planning permission for it. What’s more, they failed to get planning permission for the previous year as well. Edinburgh City Council let the market go ahead, but the council looked like it had been sleeping at the wheel.

This is the seventh year that Underbelly’s Ed Bartlam and Charlie Wood have run Edinburgh's Christmas festival and it will be the third year that Underbelly has run Edinburgh’s Hogmanay, after originally outbidding Pete Irvine’s Unique Events for the Hogmanay contract in 2017. Irvine’s company had founded and run the Hogmanay festival since 1993 and so it was a big surprise when it lost the contract.

Underbelly is currently contracted to run the two festivals for another two years.

Edinburgh City Council may have seen the potential for synergies between the two festivals if placed under one operator, in particular in reducing the financial burden to the city of putting on the Hogmanay festival.

However, as Underbelly has sought to get the festivals on a firm financial footing, grumblings that the two winter festivals are “too commercial”, “too expensive for locals”, “have too many crowds” have just grown louder.

Underbelly came in for flak this year for suggesting on its web site that there would be restrictions on ticketing for residents looking to host private parties within the cordoned off street party area. Underbelly refers to the cordoned off city area as the “arena” or “the controlled zone” depending on whether you are a ticket-holder or a resident.

Police Scotland, for the record, said any such policy was unenforceable and an Underbelly spokesperson subsequently clarified: “We have never and would never prevent residents and their guests from accessing their homes.”

The residents’ ticket policy has been in place at previous Edinburgh’s Hogmanays, as Underbelly has said. But an accumulation of grievances has brought the policy and the tone of the policy, into sharper focus.

“All accredited residents and businesses must wear a valid wristband and carry their access pass at all times,” says Edinburgh’s Hogmanay.

“All access passes will detail the address of the property to which the holder is entitled access and the location of the closest perimeter gate through which pass-holders should enter/exit the controlled zone.”

EG asked how many residents’ tickets have been distributed, three days ago, but didn’t receive any response at the time of publishing this.

The extension of the street party area to include a stage on the High Street at Parliament Square, a location where Edinburghers celebrated many Hogmanays for free in years past, has only added to the air of dissatisfaction among some locals.

Then two days after Christmas, the Norwegian Christmas tree and Tom Chalk’s Nativity Scene on The Mound were removed. They were replaced with a line of Johnnie  Walker figures. The whisky brand is a sponsor of the Street Party.

A tree has been gifted to Edinburgh by Hordaland County Council every year since 1986 to celebrate the two country’s links.

So this is what remains of #Christmas on The Mound in #Edinburgh. The Norwegian Tree and Tom Chalk’s nativity scene taken down and removed.@followthecow not helping us #BEtogether pic.twitter.com/5lXa6SpzF4

Underbelly says the Christmas tree was removed at the same time last year.

It seems this year people noticed.

At Edinburgh Castle, pyrotechnicians from Titanium Fireworks have been making preparations for tonight. Nine kilometres of wire have been connected to up to 121 modules, each with 32 cues, capable of delivering 3600 fireworks up to a height of 300 metres above the Edinburgh skyline.

Firing the 3.3 tonnes of fireworks at midnight - to a soundtrack specially created by DJ Mark Ronson for Hogmanay - requires a team of 19 pyrotechnicians.

Fireworks displays are big crowd-pleasers. But when the smoke clears, the new year and the new decade will continue to see heated debate about the balance between tourism and residents’ rights. If residents are properly heard out, it will ultimately usher in a different kind of winter festival.