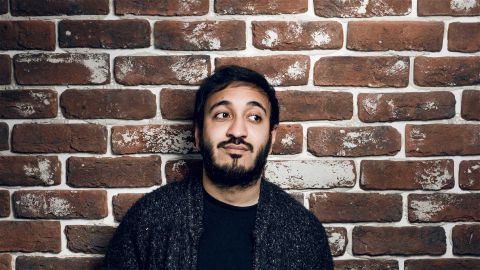 Collected and soft spoken Bilal is back at the Edinburgh Fringe with his latest hour of stand up: Care, all about his time working as a carer after graduating with a media degree. Care is largely about being appreciated at work, or not, as it were. The irony is not lost here that Bilal might have felt this theme a bit too close to home on this performance, as the audience weren’t laughing as much as he’d like - though it was likely not for the lack of humour on offer and more due to the heat of this unbearably and unseasonably hot Scottish summer. Even more irony can be found in that he started out the set promising not to pick on anyone, but later called the audience out collectively on several occasions for being “flat.”

Those familiar with Bilal’s unique and thoughtful comedy will know that belly laughs might not always be in droves, but his style is more a “slow-burn of storytelling” to quote 2019’s review of previous Zafar Fringe gem Lovebots. This year’s set is no exception, as we lean in to laugh at the stories which emerged out of the many roles Zafar played at the care home and about one resident in particular, Barry.

Even counting the digressions of disappointment in his audience that day, skilful Zafar has produced another smart set of his own brand of relaxed comedy.