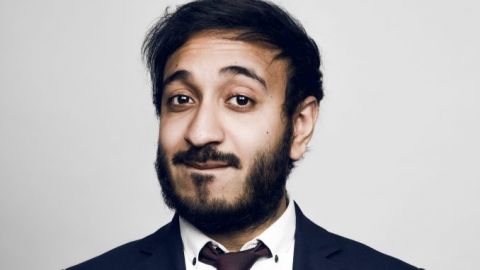 My mother had one piece of advice for me when dealing with bullies, “Kill ‘em with kindness.” Bilal and my mother clearly have some things in common, because that is exactly what the comedian has done in creating his Lovebots.

In this era of dangerous fake news, Cambridge Analytica, manufactured Twitter bots and near-constant online vitriol-spewing, Zafar has attempted to swing the pendulum back towards sanity with his own fake bots that spread love and compassion. He is the positive troller of trolls.

In the ether of hateful hashtags, Bilal and botmaker Rob Manual have created profiles that are triggered by inflammatory ignorance and bigoted discourse on Twitter, triggered in a technological sense rather than a “#snowflake” sense. (That’s one of the trigger words for the bots, funnily enough). When these triggers go off, the bots answer with de-escalating, curious and compassionate responses. What a wonderful world. Is the experiment successful? Who knows, but it does offer a unique insight on how we might move forward in this angered world that uses its screens as both weapons and shields in the war of political influence.

Bilal’s delivery has the choppy cadence of Ricky Gervais but far more gentle and eased. Lovebots is slow-burn storytelling, and, while it is definitely funny, the Powerpoint slides could have developed from amusing visual aides into more punchlines à la Aparna Nancherla in her feature in The Standups. The ending wraps up satisfyingly enough, and you leave with a smile. This isn’t your typical stand up comedy hour, but it is a totally unique and much-needed respite from the globally spread hate storm and the echo chambers of social media.