Clouds, theSpace on the Mile, Review 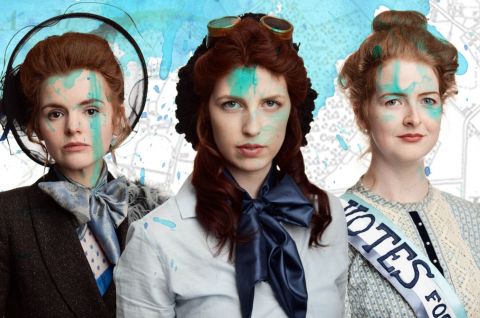 A wonderfully atmospheric play set in 1913, Clouds is an interesting snapshot – and reminder – of the battles that women fought, indeed are still fighting, in having a fair and equal world. Looking at a not only how a female pilot fared at the time, but also Suffragettes and the compromise women had to make in order to survive, this is a touching piece that deftly stirs the audience.

There are some great one-liners in the text and there is much humour in the piece, despite several sad storylines. Fiona Primrose as Sylvia Lovejoy brings a great energy into the play, with this an anchor for the other actors and storylines to hold to as Freddie, in a feisty performance from Laura Crow, battles to be taken seriously as a pilot.

While some of the text plays on stereotypes, this is done with such conviction that the denouement is particularly touching, with a reminder that life is important, that we should live it the best we can. With such a well-crafted script and a great ensemble, this is well worth a visit.