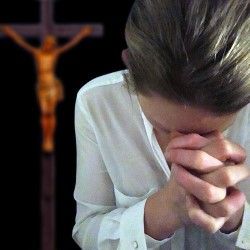 “Bless me, father, for I have sinned.”

A young woman sits in a confessional box. She is pregnant and in desperate need of guidance. The priest asks whether the father knows about the baby. She replies that the situation is complicated.

Such is the starting point for a story told in a series of flashbacks, with a nod to Kurasawa’s Rashomon - where the same events are remembered differently by four witnesses. Three brothers take their turn in the confessional as the story unfolds.

Ryan, the youngest, shamelessly unburdens himself of the graphically impure thoughts that he has all the time. Michael, the oldest, is racked with guilt about his constant marital infidelities. Alec is worried about his feelings towards men, but it is he who brings Fiona into the family, stirring dangerous passions in his two brothers.

The main parts are very well-acted and the characters are pretty convincing, though the constant focus on male sexual desire leaves little room for more rounded characterisations.

On one level, (Ab)solution can be enjoyed as a powerful and intense family drama; a young woman is left to cope with the consequences when she becomes involved with three sex-obsessed brothers.

But it is also trying to say something about sin, or rather what happens when the very idea of sin no longer exists. By the end, no-one is looking for forgiveness; no-one is going to a priest to seek absolution; they are talking through their issues with their analysts without guilt or remorse.