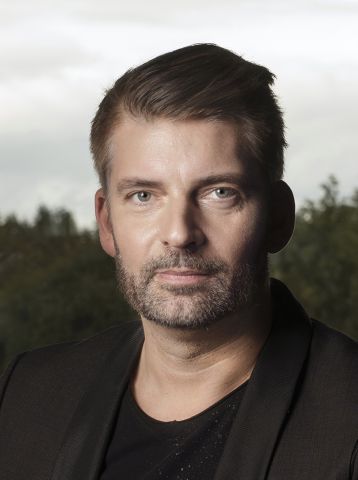 Olivier Messiaen (1908-1992) was commissioned to write a work to celebrate the 200th anniversary of the American Declaration of Independence for 1976. Always inspired by the mountains around Grenoble in his native France, Messiaen decided he needed to compose the work in the United States; he had read about its canyons. Although there was opposition from his agent because it was so far away he chose Utah where Salt Lake City is its capital. Directly south and en route to Phoenix or Las Vegas is Bryce Canyon with its red-orange hoodoos surrounding a natural amphitheatre. I was there a few years ago - and awe inspired.

From 'the canyons to the stars' is a large scale work of twelve movements that describe Messiaen's Wonders of the World journey that starts in the desert but has time for the white-browned robin, the mockingbird and the wood thrush, and ending in the celestial city.

Under the baton of Matthias Pintscher, himself a celebrated composer, was an enlarged Scottish Chamber Orchestra and four soloists. French pianist Pierre-Laurent Aimard gave the Steinway all he had as he mastered his particularly complicated score. At times turning the page seemed to come at just the wrong moment, but he was on top of his game, and how. Horn player Alec Frank-Gemmill belongs to the Scottish Chamber Orchestra and was reluctant to take his bow at the end with the other soloists, preferring to stay with his colleagues. Both Spaniard Noè Rodrigo Gisbert on the glockenspiel and Hungarian Bence Major on his xylorimba were also at the front of the stage and had significant passages to play. It took five percussion players to operate the various ingenious instruments Messiaen had incorporated.

Des canyons aux étoiles … is in three parts although there was hardly a gap between them. For me, it was an uncomfortable start but as we reached the fourth movement, Le cossyphe d'Heuglin, I was absorbed and sat back to enjoy Messiaen's wonderful world.