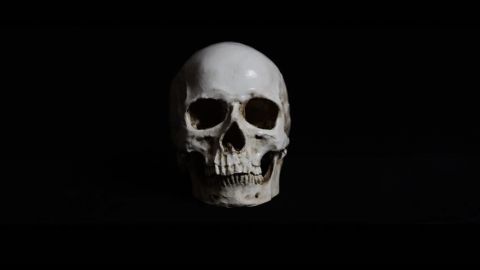 For a play so well known, a new idea is a breath of fresh air – if that idea is followed through. To call this ‘Horatio’s Tale’ is somewhat of a lie; Horatio is barely involved, except to provide some exposition only mildly necessary due to the play’s abridgment. Horatio actually has even less to say in this version than he does in the original play which in itself is disappointing.

Title aside, this is essentially a one-woman Shakespeare. An ambitious thing to take on; Kizzy Dunn has talent, that’s unquestionable, and there are glimpses of a good performance of Hamlet (the character, not the entire play). The fact is, watching one performer play all the roles in Hamlet, having conversations with herself, duelling herself – just doesn’t work.

In order to distinguish the characters from one another there is the inevitable fall-back to accents, which make absolutely no sense except to quantify the amount of multirolling. Why is Claudius American? Why are Polonius and Laertes northern but Ophelia is not?

If Dunn were given one role she would do very well. By virtue of it being a single actor performance, the intensity and quality of her output is diluted, and sometimes made ridiculous. The one time she has another character/actor to react to (the disembodies voice of the ghost of Hamlet’s father) nothing happens on stage and we are left for far too long listening to a voiceover; death to the energy and audience relationship.

For a title so interesting and an idea with so much potential, there are a lot of opportunities missed. There is no development of the original play, and it is far too much for one.