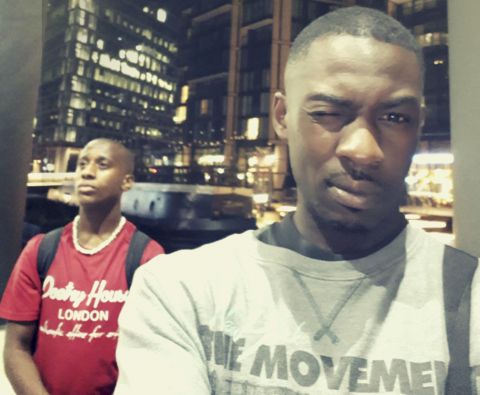 Amsterdam is a casual and contemporary spoken-word performance exploring themes of identity, love, and art, the central issues all springing forth from the two poets love of Vincent Van Gogh. They start off by almost interviewing one another about their appreciation for the famous artist, expressing their admiration for his ability to create art in the midst of personal trauma, and his later start in his artistic life, which didn’t stop his creativity and passion for what he produced.

The show is far from formal; a small seating area and a modest stage, and two unassuming men tossing poems and concepts back and forth, a pendulum of rhythm and contemplation. The themes of identity, racism, artistic inspiration, classism, and love, are all tackled with simplicity and honesty. Jahmar Ngozi discusses a trip to Amsterdam he made after a breakup and a romance that followed, not only with another woman but with the city itself. He describes being with her in the “elevator back down to Earth”, which somewhat encapsulates the approach to the show. Solomon Adams explores the sentimental discussion of being Black and British, discussing wealth and social identity. The poems are filled with tongue-twisting alliteration and innovative imagery, many put to a contemporary soundtrack.

The performance sways to the tune of mellow jazz and then into the realm of hip-hop, both performers playing with sound and rhythm with humour and spontaneity. With modern poets incorporating other mediums into their intimate performances, the expectation for creative collaboration is raised higher. These two simply and shrewdly involve music in their show, along with conversation about their personal connections with Van Gogh. The show is full of artistic optimism and is a truly personal performance from both poets.

For a relaxed and honest spoken word show, enter Amsterdam, and leave the easygoing, mellow performance of poetry, jazz, and hip-hop having soaked your poetic bones.