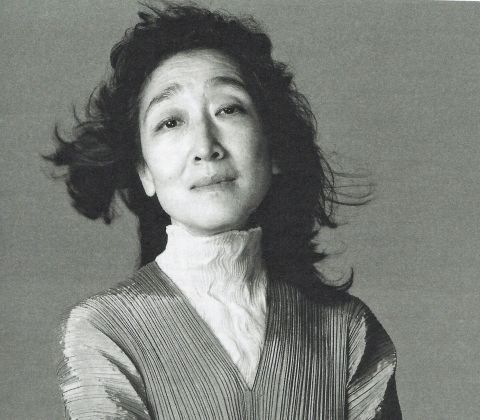 Dame Mitsuko Uchida must be one of the International Festival's favourite pianists and this concert was eagerly awaited. Her programme of Mozart, two by Schumann and a new work by Jörg Widman allowed us to watch one of the most revered pianists of our time.

Mozart described his Piano Sonata in C major as 'a little piano sonata for beginners'. But it was far from easy to play and when published after his death it was called Sonate facile, where facile is something that looks simple on the outside but is far more sophisticated within. It was with such ease that we watched Mitsuko Uchida play it.

Schumann's Kreisleriana has a fascinating background for it was inspired by Hoffman. He had created a fictional musician called Kreisler who found himself in all sorts of pickles. Some years later Hoffmann developed the story of Kreisler by introducing the autobiography of a cat. By their error, so the story goes, the printers interleaved the musician's biography with the cat's autobiography. This led to a curious reading, going between the one and the other. Kreisler in German means circler; Schumann's wife was Clara. In tribute to Hoffmann the eight movements are each very different, and all the more fun.

In January this year Mitsuko Uchida gave the first performance in Hamburg of Jörg Widmann's Sonatina facile and this is what she played for us after the interval. The clue is in the word facile, for the work is a homage to Mozart and his Piano Sonata in C major, which she had played at the start of the concert. It was fascinating as it went in and out of Mozart to Widmann's own composition. Widmann is a native of Munich, originally a clarinettist and now a musician of many parts internationally. For a first hearing, I loved it.

Schumann's Fantasy in C major is a favourite on many peoples' list and it was a delight to hear Mitsuko Uchida's interpretation. For me it enhanced my love of the Fantasy.