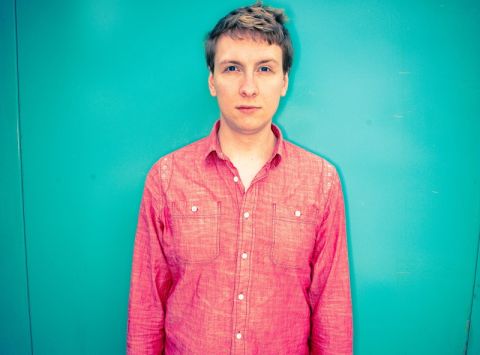 Joe Lycett was nominated for the Fosters Best Newcomer Award at the 2012 Edinburgh Fringe. After a successful follow-up show in 2013, Lycett has taken a break from his numerous television guest spots to return with: "That’s the Way, A-Ha, A-Ha Joe Lycett" at this year's Fringe Festival.

Despite the many up-and-coming stars at the Fringe, it’s the bigger names who attract the punters, and Lycett is no exception. Hailing from Birmingham, the self-proclaimed Lad and bisexual, entered the crowd in the Pleasance Cabaret Bar with such ease it was like spending time with an old friend.

Lycett’s extremely acute observations on his friends and home city had more bite than a lion and more sass than Posh Spice. There is always something liberating about watching a stand-up who knows exactly how to work the crowd. Lycett’s interaction and patter were a high point of the show, along with his relationship with social media and how he works it to his best ability.

Sometimes the Household Name Comics fail to live up to the hype they’ve created for themselves so quickly, but Lycett definitely doesn’t fall into this category. His unique view and experiences glow through his honest, blunt, and hilarious storytelling style.

At times it felt that there was a large gap between who Joe Lycett really is and who he believes he is. Sometimes the only way to pull through is to rely on how you say the joke, and not what you actually say. However, this didn’t deter the mixed bag audience who connected with his offbeat brand of humor and were fully open to whichever door he wanted to open.

Tickets for this seem to be going fast – an extra show was added in the Pleasance Theatre – so if you like to see your television comics live make sure you book fast to avoid disappointment.