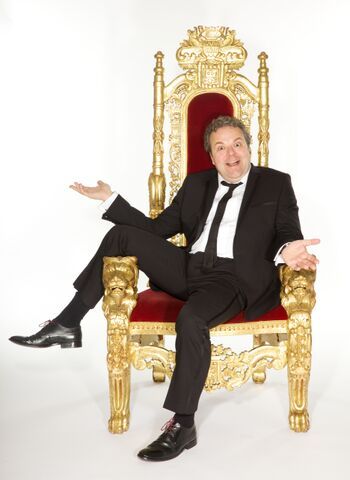 Hal Cruttenden isn’t intimidating. These are his words, not mine. He also loves listening to Gangster Rap, specifically NWA while driving around in his new 4X4. Not really what you’d expect from a man who attended the same private school as George Osborne. These are only a few facts about Cruttenden you will learn in an hour of comedy ranging from subtle to full on hilarious.

There’s a great familiarity about Hal from the moment he walks out on the stage with “Straight Outta Compton” blaring through the speakers. He’s unassuming and friendly, and despite his own admission of being “angry” it’s quite hard to see why.

This is an hour of anecdotal comedy spanning from Cruttenden’s youth, time in drama school, his family (dead and alive), to where he is right now, and none of it fails to bring the laughs. Some comedians have a certain way of looking at the world we live in and making us think: Yup, you’re absolutely right. The observations are even more strikingly funny when they come from a man who is clearly a master at the craft.

Another enjoyable side to Cruttenden is his ability to use the audience throughout – even if it may only be one or two in the front row. His interaction was faultless and it was a joy to watch as he pulled out the jokes and instantly had the whole room on his side.

Having missed out on UK TV for a while and not knowing much about him beforehand, I would definitely recommend him as someone who you must see. His offbeat humor and societal observations will leave you laughing, and talking, for days after.