Alex Edelman: Everything Handed To You, Pleasance Courtyard, Review 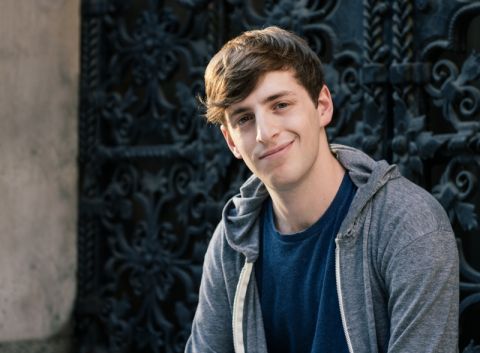 In the music business, when your first album is a critical and commercial smash, there is a lot of pressure on the sophomore release. New York comic Alex Edelman’s 2014 Fringe Show, Millennial, was extremely successful, winning him the Fosters Edinburgh Comic Award for Best Newcomer and spawning various performances of it at other festivals around the world.

With the debut done, Edelman returns with his sophomore effort, “Everything Handed to You,” and having missed his debut, I was quietly bowled over by the tenacity and comic construction of the young man who took the stage.

Sometimes, when comics from across the pond come to the UK, their style bypasses the British public. However, despite being from the States, Edelman fits right in (even if he has to play deaf to do so). He is everything a typical British person would want in a comedian: a droll sense of humour, cynical outlook, and a continually sharp comic flare that will prick your fingers if you’re not careful.

In staying away from the political and focusing on the personal, Edelman has crafted a wonderfully funny and heart-warming story in this hour of comedy. He tells tales of his life in the UK this past year, along with some downright fantastic portraits of his twin brother and younger life. It was also refreshing to see him tackle the various forms of identity and what it meant to belong – something which every audience member can relate to on some level.

It’s always pretty magical when comedians open themselves up on stage, it’s also pretty magical when they stay true to exactly whom they are and this is what shines through the most. From the goods on show, Edelman presents nothing more than himself, and he has an amazing comic wit and timing that will continue to take him far.

In keeping with the theme of sophomore shows, Edelman does not disappoint at all. It was wonderful to have the opportunity to see him at this year's Fringe, and long may his star – to the future King of Comedy - continue to rise.