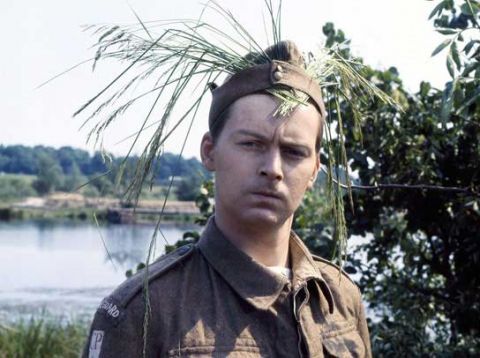 Following on from his success last year as part of an outstanding ensemble in the Assembly Rooms’ highly regarded adaptation of The Shawshank Redemption, Ian Lavender has returned with something slightly less than a solo show, more an amiable conversation and stroll down memory lane.

Lavender was fresh out of drama school with not much more than a Woman's Own commercial under his belt when he was cast as the youthful Private Pike in what was originally planned as a short six-episode TV run and which over the next ten years became, and remains, one of the all time great sitcoms and a veritable source of national pride and joy, Dad’s Army.

Interviewed on stage by actor Steven McNicoll, Lavender has come a long way from the “stupid boy” he immortalised, mollycoddled by his mother and constantly seeking reassurance from Sgt Wilson. In fact, while this amiable hour is based around his memories of working on Dad’s Army, the now white-maned and bearded Lavender cheerfully admits Pike, although giving him lasting fame, has not been his favourite acting role in a career of over forty years.

It’s a highly affable if occasionally rambling and scatterbrained hour spent with the final standing member of the Walmington-On-Sea Home Guard platoon. Lavender recounts fond memories of working with his fellow cast members, particularly John Laurie, 73 years old when he was cast as the miserly Private Fraser and still more than capable of reciting Tam O’Shanter in its entirety during a Brighton to London car journey, and his huge respect for the occasionally formidable “mouldy old toad” Arthur Lowe. It’s slightly surprising that he barely mentions John Le Mesurier, however, given that many of Lavender’s scenes were with his “Uncle” Arthur.

Perhaps the real joy of this happy hour, though, comes from the sheer pleasure of sitting with an audience watching classic clips from Dad’s Army. We all know these routines so well that they’re part of our shared collective memory. We all know what the punchline will be when the German U-Boat Captain (Welsh acting great Philip Madoc) sneers at Pike, “Your name will also go on ze list. Vot is it?!?” and we all howl with laughter when we hear it for the umpteenth time. Beautiful.