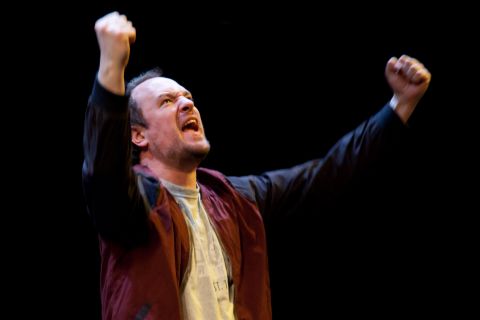 “Discuss the regulars. They sit in a line like ugly, huddled birds, eyes wet with alcohol. They whisper into their cups and seem to be gloating about something—you will never know what.

Some have jobs, children, spouses, cars, and mortgages, while others live with their parents or in transient motels and are on government assistance, a curious balance of classes particular to the parts of Hollywood devoid of klieg lights and make-believe.” - the opening of Ablutions by Patrick deWitt.

This is no land of make believe and any dreams have been washed away on a sea of booze and are now confused with drunken memory. The lost nights of drunken losers who prop up the bar and lose themselves are watched over and commented on by a cynical barman. Not that he might be the most reliable narrator as he jumps from story to story while indulging freely in what he sees as a never ending complimentary supply of whiskey.

Meet Curtis, inveterate masturbator and law enforcement fetishist who drawls sleazily on women and bar manager Simon, approaching 40 and whose once model looks are beginning to sag. Drink has robbed them of their health as it has the barman, with rotting teeth, bad breath, sweat that smells of whiskey and a liver that is turning to ash.

There are other occupational hazards. The scars on the barman’s hands from broken glasses which he counts as he washes in his ritualistic ablutions and the mysterious dents that the car collects on the way home. His body has divorced itself from his mind and his marriage is spiraling towards a similar divorce.

The barman seeks to break the circle of bar and drink and drugs and home by taking a spiritual road trip to the Grand Canyon, a chance to stay clean(ish) with just a suitcase of pills to dull the pain washed down by an occasional beer. Without the blanket of drink and drugs there is nothing to cover the long hidden emotion. Stopping points along the way are a tripped-out visit to a health store, an encounter with burlesque dancer and a bar in Vegas where he has a dawning of just what he has become. It’s time to leave, but that will require one last desperate return to the bar.

This is a deliciously dark production that sways and shimmies with a live sultry doo-wop soundtrack like something David Lynch would use as incidental music. The mood though is more akin to a grinding, growling Tom Waits track. The clever adaptation allows the telling with fewer characters than the book and the cast put in superb performances to breathe each of the characters into less than beautiful life.

The result is the conjuring of a drunken haze that is intoxicating.