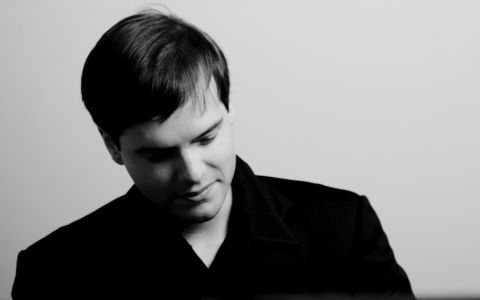 The sonorous timbre of The Queen's Hall Steinway No. 1 was fully explored at the hands of the exceptionally talented Swiss pianist Francesco Piemontesi in a programme of classical, romantic and twentieth century music.

Piemontesi wasted no time commencing each piece, immediately captivating the audience with his stylistic interpretation of each work. The three-movement Mozart sonata in D K284, subtitled 'Durnitz', written for Baron von Durnitz, was composed during a visit Mozart paid to Munich in 1774-75. The lighter, clearer texture of this performance was later contrasted with the increased emotional expression of musical ideas heard in Schumann's Faschingsschwank aus Wien.

Following a brief tuning of the middle to low registers of the Steinway during the interval, Piemontesi began the second part of his programme with Webern's Variations Op 27. This piece created an exciting juxtaposition of musical style and tonal system as the three Variations Op 27 voiced equal use of all twelve notes of the chromatic scale - the piece and performer also demonstrated the percussive and textural qualities of the piano as a percussive instrument.

Schubert's piano sonata in A minor D845, is a four-movement piece composed in May 1825. Piemontesi performed an effortless, lively interpretation of this piece echoing the intermittent bright light and shade created by the late summer sunshine that shone within the concert hall. Piemontesi was deliberate in his performance, demonstrating, like the impending transition of summer to autumn, that Schubert, too, was developing his compositional expression from a classical to romantic style.

The recital came to a close after Piemontesi returned twice to the stage following enthusiastic and heartfelt applause. As an encore we were treated to a delightful piece which sent us on our way to lunch.

As a student in Edinburgh many years ago, I attended concerts and took part in university performances here at The Queen's Hall. It appeared to me that not much in the auditorium had changed, perhaps apart from a lick of paint throughout. However, interior décor aside, it is pleasing to note that the acoustics of this converted church were outstanding.