Too Long the Heart, Malmaison, Review 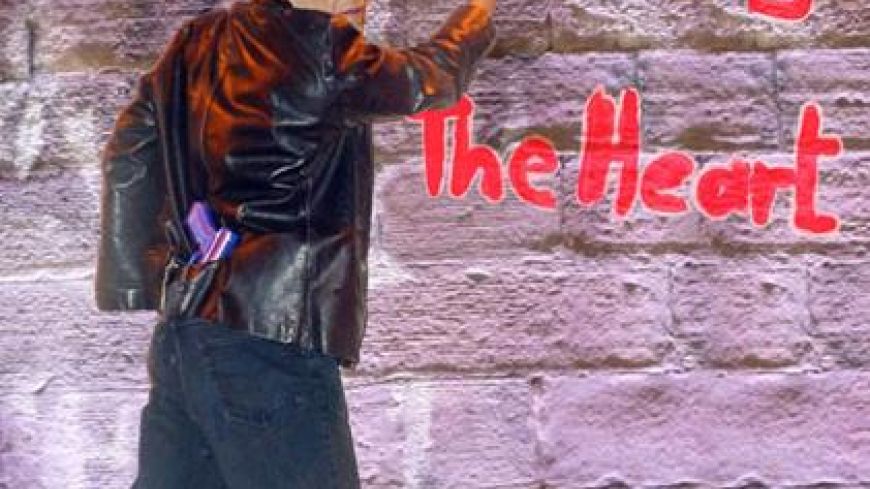 Journalistic shorthand for immense and serious human situations deeply belies the tragedy that impacts on those affected or involved. In Northern Ireland, that shorthand for British occupation there was The Troubles. Ayrshire-based writer, David Hutchison, has set his latest play, Too Long the Heart, in a time after the peace process when remnants of these ‘troubles’ still haunt some.
In the shabby interior of a remote room somewhere in County Cork, the hapless student Marty (Des O’Gorman) and his nervous but focussed girlfriend Caitlin, played assuredly throughout by Clare Ross, await word from The Man.

They abduct someone who is on a fishing holiday, believing him to be a former British army officer, Major Lawson. Lawson (Andy Corelli) denies this, claiming to be a history teacher who may be related to the Major.

While this particular mystery is never fully resolved, the Lawson character tries to be all things to all men - an anglified Scot, a Barra Catholic, an Irish historian, a teacher in a Glasgow school- but is ultimately only really convincing as a shrewd and calculating ex- army officer.

The drama is fairly slow in unfolding. The sex scene at the start was brave but unconvincing and there seemed to be a lot of talk about tea and biscuits that held a lost potential for comedy. Beyond their interest in sweetmeats from a certain well known High Street chain that doesn’t just make biscuits, but makes, well, their biscuits, the dialogue between Lawson and Marty in the scene when they were alone together was tight and focussed if a bit didactic.

It is not till half way through the piece that things move to a different gear. The arrival of Ian Sexon as ex IRA man Brady, creates instant menace and ratchets up atmosphere by several degrees. He inhabits the stage and the character with a swaggering confidence. Andy Corelli’s direction in this small and intimate space is again laudable, and the use of sounds by Chloe Colvin impressive.
A cat’s cradle of loyalty and disloyalty is exposed in this tense and gripping drama where the complex question of whether the past can ever be forgiven is posed, but not answered.

Too Long the Heart is the second production to come from Siege Perilous’ 2011/12 playwright mentoring scheme, the Avalon Mentorship.

Malmaison has two special meal deals for audience members during the show’s run.